I'm just going to dump all of my ideas into this thread. I like other points of view so feel free to challenge them if you think they'll turn Insurgency into something it was never meant to be.

Technicals:
It was a good move on NWI to add the turret shield, to make the vehicle less of a deathtrap. This is a very important edition given that it usually only takes two bodyshots to down someone in this game.

Mines and traps:
I hope there are no mines/traps in insurgency as they would take skill out of the game and hurt the pacing. Anti tank mines would make technical less useful,making drivers hesitant to move close to certain objectives. In Ro2, automated traps were sort of balanced by destroying themselves if the one who placed them was killed,and would glow bright red if seen by certain classes.

The MG is heavy and takes longer to get to a ready position. After sprinting,there will be a noticable 2-3 second delay before you can fire it.

Machinegunners will require other players for ammo in the same way Commanders require Observers for a radio.

*If you go up to an MG player and press F,you'll go into a "give ammo" animation where you see your arms reaching over your shoulder and handing over a belt of mg ammo.

Perhaps the gun barrel can start glowing earlier than it does in real life,for balance purposes.
Youtube Video

Suppressors on MGs will melt pretty quickly (sooner than they would in real life,for balance) .

Used as detectors (with cough mechanic),area blockers,deadly weapons, night vision blockers (too bright to see anything past it), and cache destroyers.

You can run out of a fire, but you can't run into them. (They affect your speed if you move into one,resulting in certain death is you drive to move across). Maybe you can jump over them. Enemies will definitely hear your character screaming if you get burned.

Team damage:
I hope team damage is kept in the game (to add hesitation and identification,before you shoot).

A third person rotatable stasis capture showing where the victim and perpetrator were standing (with a line showing the trajectory of the bullet could help, along with number of kills of enemies in relation to kills of friendlies )

You can choose from several options before you respawn

The battlechatter options could be....
High: All the war cries and everything will be in game.
Med: Let's tone things down a bit. (No war cries, some useful chatter, no random shouts)
Low: They'll only say "I'm reloading", shout when suppressed, and say what objectives they're heading towards.
Classic: For those who can't get enough of Mikee. Just hope he doesn't voice the women as well.

Falling mechanics:
From what I've seen in the videos,the "kick up" mechanic is not as excessive as it was in the alpha (I hope that doesn't break any agreements mentioning that)

*When you fall from a height, you'll see your arms move upward for a few seconds as you observe the fall. 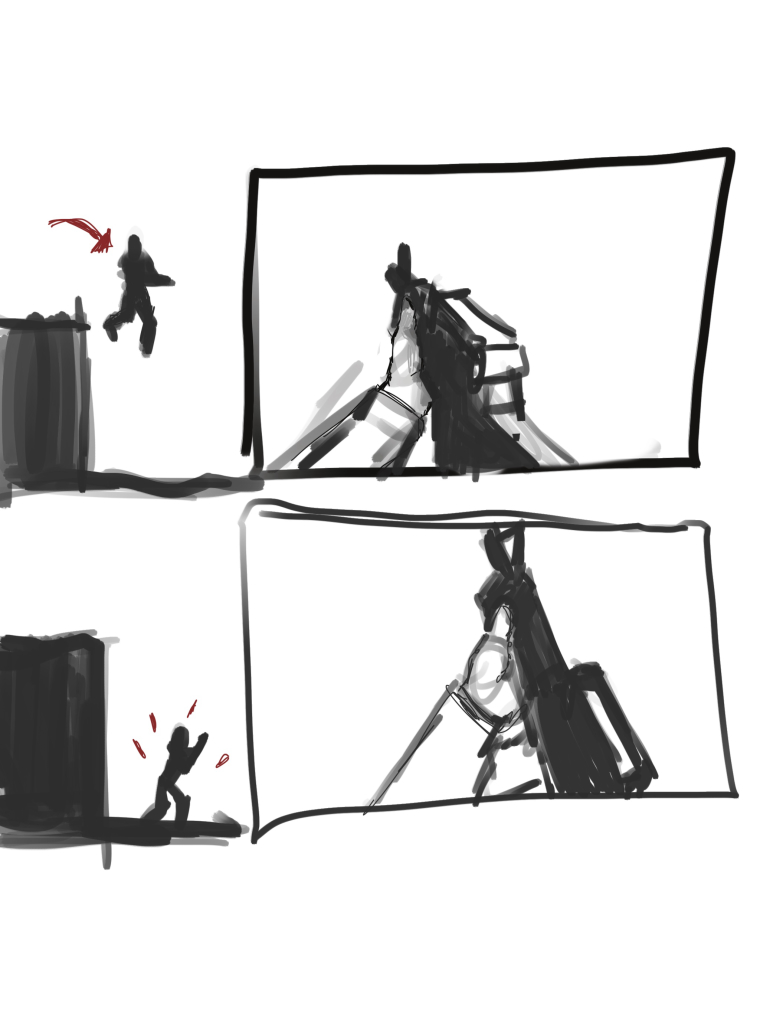 Often times the player's camera will clip through the floor,through a wall,or you'll see parts of the ragdoll's head attached to the camera,this just looks tacky. So I supposed some changes could be made...

all i can do is to give a BIG thumbs up for this, and pray that the devs will read this someday..

You make a lot of interesting points i'd love to read answers from the devs in regards to, also I've seen barrels and entire platforms become unusable; heat warping the design, internal issues causing rounds to bounce and deteriorate the barrel, but never before have i seen a surpressor get destroyed like that - I'd scree like a little girl if surpressed mg's in ins would deteriorate like that after sustaining so much abuse, but that's just me being a nerd and maybe expecting a bit too much realism.

1 thing i'll say about the bots and animations, you'll never have bots which act human like without making entire scenes just overly scripted or without a huge performance cost and waste of resources - sure it's in the Unreal engine which is an amazing platform for scripted events but in multiplayer scripts can and often break and what would be worse, forcing scripted events which could make bots look ultra realistic and mo-capped but which come at a heavy performance cost, or would you rather have bots which function as intended and have a few derpy moments which remind you of t-posed insurgents using rpk's like akimbo pistols as they glide around corners with x-ray vision turning entire squads into red mists of swiss cheese.

These are all really good ideas but I think you forget what Insurgency is. It's a fast paced tactical shooter. To have MGs that over heat after firing and melting suppressors and crap ruins the purity of the gunplay, similar to how a gun dirtiness mechanic would ruin gameplay. The point of the game is not to have superb squad gameplay and command coordination in the way that squad requires. This game is no frills when it comes to gunplay and thats what makes it great. You shoot a guy twice, he's dead. Vehicles are going to be fairly balanced as is. Huge target, you easily kill everyone inside it, or blow it up. They don't need to add a visual to mg gunners that changes in real time as his ammo depletes, thats much too much work. They were perfect in insurgency standalone. Provide heavy fire. Thats it. You spew bullets and its the other teams job to stop you, not your gun melting. I appreciate your ideas for animations and such, but they aren't going to spend so much work on such basic mechanics. You fall, you die. You get shot, you either live or die. Providing a "final stand" would only slow gameplay. You are dreaming big, but these aren't the things that make this game great. It isnt boots on fire or machine gunners with ammo over their shoulder. Its the raw gameplay. The quick time to kill. The movement, the freedom that the game provides to play how you want to play. Thats what makes it good. These either contradict the fast, no remorse gameplay, or are just random frills that require more work to do than to make most other things in the game.