Roots of Innocence - Introduction
This topic has been deleted. Only users with topic management privileges can see it.

We’re happy to kick off a series of articles today, unveiling more details and info about the making of A Plague Tale: Innocence - a new adventure game developed by Asobo Studio and coming in 2019 to PlayStation 4, Xbox One and PC.

Next year, you’ll join orphan siblings Amicia and young Hugo as they struggle through the heart of a brutal and ruthless world, in which millions of rats ravage the Kingdom of France - already beset by war and the Black Death.

But who are these young heroes? How have they been created? What are their inspirations? Where do these dark battlefields and gloomy landscapes come from? How did our team build a tale about the Black Death and children on the run? What have been the main corner stones for the creation of the game?

We invite you to get an insight into the creative process behind A Plague Tale: Innocence. The production of the game has been intense and captivating. The original idea comes from the ruthless Middle Ages. Amicia, the strong-headed firstborn, and Hugo, the overprotected younger brother of the De Rune family, are born from this fascinating world. They are the starting point of our tale.

They are the soul of this fantasy which echoes in everyone at Asobo Studio. Amicia and Hugo are about our family circles and daily lives. That’s also why the game takes place in these landscapes from the South West of France, where medieval families, the Valois and Plantagenets, fought each other. It’s our French South-West. 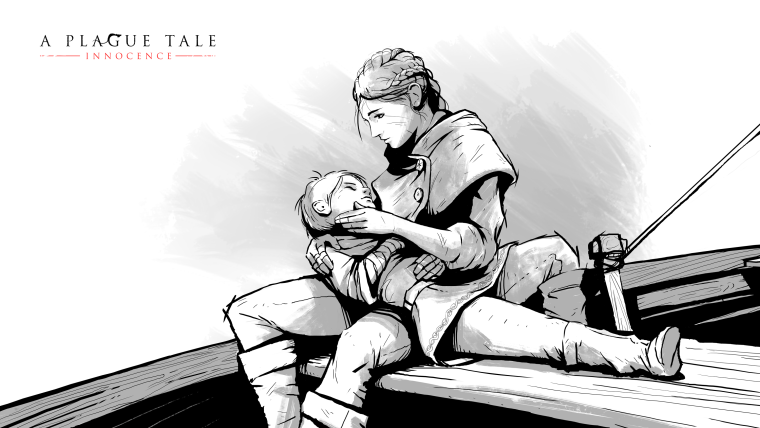 Every day, a team of forty people does its best to make A Plague Tale: Innocence worth of the vision we originally had. We all had to polish every tiny aspect of the game to deliver a final experience we’re proud of.

If you want to dive into this creative adventure, its underlying thoughts, and how everything lined up to be the game you’ll play next year, then join us each week for exclusive info about the making of A Plague Tale: Innocence!

See you next week at the roots of innocence.