Few words from developers!
This topic has been deleted. Only users with topic management privileges can see it.
P
P
Pavel Lead Developer - MudRunner Reply Quote

So... I've been working on Spintires for maybe 9 years now!

There are a lot of people who helped build and improve this game, from all around the world, some remaining interested in it from the very first versions, and it feels like there is a whole community of Spintires fans - which everyone in our team really value!

We had several releases so far, starting from Havok Physics Innovation contest, then Intel Level Up 2009, Kickstarter version, Spintires Steam released with Oovee, and now MudRunner cross-platform release with Focus and Saber!

First of all, I can see some of the players being frustrated about the game being developed in not exactly the direction they would want. A big part of it is that we still have a very small development team so we have to do each small improvement one by one and it takes a long time!

But rest assured, MudRunner is much better than its predecessor, and we worked really hard so that it won’t disappoint and will just be a fun and entertaining experience for you! Of course there is always room from improvement, and we will support this game with patches and DLCs, with a big emphasis on modding tools.

I'm very happy that the story of Spintires will continue and it’s nice to see you getting in touch with the community. Also the focus on the modding tools is very welcome!

Pavel, do not stop! Your game is beautiful and dynamic, and we want development more, more and more!)
The game has huge ambitions, the game is unique in its genre, and, probably, this is the only BEAUTIFUL game developed by one person, with great fan support!)
Good luck!

Wow !! Did you say DLC ?? What kind of DLC? Give us more details !! I hope there will be several DLCs.

I have been with you for a very long time and I look forward to your new game next October. I can not help but want to have the game right away !!!!!

Too bad the game comes out in the month when I'm a full-time student ... I will not have much time to play the first few days.

I often watch the demo video of your game at the 2017 Gamescon and look forward to other videos with more features to show us.

I really want you to continue to produce this game for a long time because it is UNIQUE.

I remember the updates you were doing and included photos to show us the changes. I hope you will continue!

I AM A MANIAN FAN OF THIS GAME. Since very young I was looking for a game of its kind.

Awesome to see you here Pavel. Thinking As most, those modding tools can't come fast enough.

Who cares about modding tools, give me a map editor! 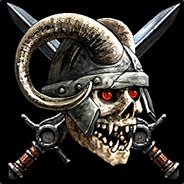 Can I get early access for this game?I would to do review and give some opinion.I love the Spintires the graphic,the physic they're awesome.

@RoughRider I've finished just one map. But it was just a few days before Mud Runner announcement, so nobody cared. I definitely need to put it in new game

BTW, is it Mudrunner or Mud Runner??

Q: Will it be possible to upload multiple texture sets for one truck mod,
without creating a new truck or the use of addons?

@voto.1979 A: Not sure I understand what you mean by textures sets. If you want multiple colorations for a truck, you can use use "inheritance", so differently colored truck is a different mesh/class, but the file itself only differs by texture name/mesh name. You can pack any number of trucks in a mod. So coloring up your truck is relatively easy, and this is part of the reason there is no built-in feature to change truck color - to encourage modders!

@Сергей-Ермаков Будет исчезать, но теперь она остается дольше и накладывается более реалистично
Q: Will mud decals disappear from the truck as they used to?
A: Yes, but they last longer and are applied much more realistically now

I published my mods the way as you described it. Which is the best solution for single player. But your list of trucks is also very fast growing and you can not change the coloring in a running game. That's why some modder for example for example "Bregel" publish his mods in a different way (the cabins are addons) anyway...

It would be create if we could change the coloring (texture set) of the truck in the garage menu ... the same way as we change the tires ... basically a list of paint jobs.