Watch Vampyr's Launch Trailer!
This topic has been deleted. Only users with topic management privileges can see it.

Today, prepare to stalk or save the streets of 1918 London with Vampyr’s Launch Trailer!

In Vampyr you play as Dr. Jonathan Reid, a famous surgeon and blood transfusion specialist freshly turned into a vampire after arriving back in his home city of London following the Great War.

A man of logic and science, Reid’s firm beliefs are turned inside-out upon awakening to a once-hidden world of secret societies, ungodly creatures and ancient orders set upon ending his existence. All the while, London’s population crumbles under the pressure of a terrible disease – and Dr. Reid may be the city’s last hope to stop it. 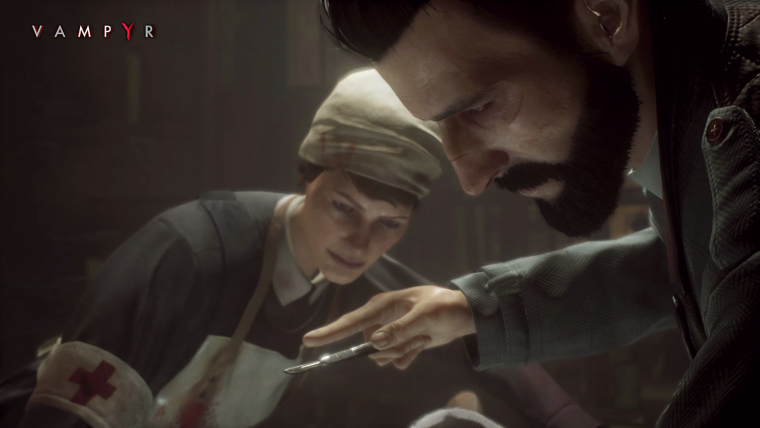 Every one of Vampyr’s citizens is part of an interconnected social web, and the fate of one citizen in a social circle will impact the everyday life of the others, as well as the direction of the narrative. Each citizen has their own story, life and personal quests – and every last one can be spared or sacrificed in Reid’s quest.

Reid is a vampire, and the fastest way to evolve and unlock new supernatural abilities for combat is by drinking the blood of the living. In Vampyr, it’s not “Do I kill?” but “Who do I kill?”. Deadly encounters plague the doctor’s journey, and each citizen offers a tempting source of power… but there will be consequences. 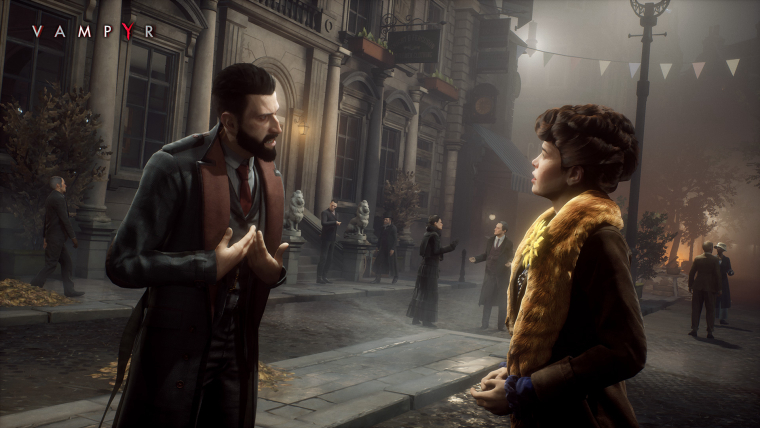 Each of the four main districts have health status linked with the number of living, dead and sick citizens. By feeding sparingly and keeping the populace healthy with crafted medicines, balance can be maintained.

However, if the health status drops too low, the district will be lost to supernatural creatures along with every quest, shop and citizen that once lived there. If every district of London falls, the game can still be played to completion, though with an outcome that suits such recklessness.

Your actions will save or doom London.

Learn more about Vampyr in a live Q&A stream with the developers on June 4 on Focus Home Interactive Twitch channel.

Vampyr releases June 5 on PlayStation 4, Xbox One and PC. Preorders are available at http://vampyr-game.com/ 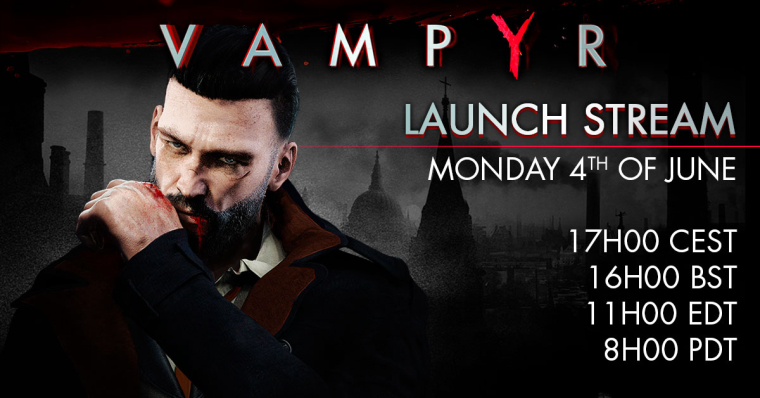 Vampyr is an amazing game, especially the combat in this game is just mind boggling! Meta critic gave this game 72%