Focus Home Interactive unveils its E3 2018 line-up!
This topic has been deleted. Only users with topic management privileges can see it. 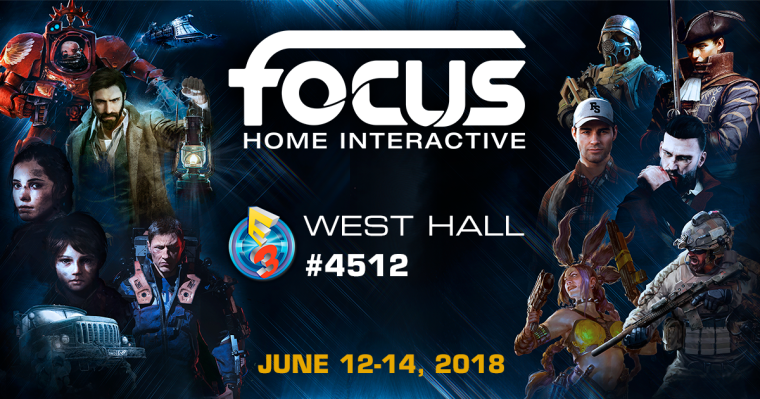 With closed-door presentations and hands-on demos, here is the full list of titles showcased at the Focus Home Interactive booth, West-Hall #4512, June 12-14:

Space Hulk: Tactics will be playable for the first time in face-to-face sessions with Cyanide developers in our Public Area.

Hands-off sessions of Necromunda: Underhive Wars with developers Rogue Factor detailing all the new features will be available in the public area.

Developers from Vostok Games, the studio behind Fear the Wolves, will also attend E3 this year to answer all your questions during exclusive interviews.

Finally, you’ll be able to get your hands on some of our most recent and imminent releases – playable stations will be available for both journalists and the public to try out Vampyr (DONTNOD Entertainment), The Surge – Complete Edition (Deck13), and MudRunner (Saber Interactive).