It's a shame
This topic has been deleted. Only users with topic management privileges can see it.
J
J
Jiefko92 Reply Quote

But then, why English people should not translate their mods in Russian?
I'm sure there are Russian players who don't speak English and don't know Latin alphabet.

I would say it isn't boring, but more of a challenge. There's a lovely FREEWARE Tu-144 Charger for MS flight sim (FSX), but as you can imagine, all it's various panels and instrumentation are labelled in Russian and Cyrillic lettering. Needless to say, I've not got it working

Maybe I should undertake a Russian language course? Some of my favourite aircraft are Sukhois and MiGs

@jiefko92 let's see, it is a russian game made by a russian guy, that happened to be published first by an british company and now by a french company. yet many people from all over the world play it, so who's language should the game fall under then? well most obvious would be russian of course.

seriously though anyone can upload their mods and only make sense it will be in their native language. i mean i am american, so if i release something it would be in english, not russian or french or whatever. i expect the same from anyone else from another country. from my experience most people from other countries use a translator when talking to people, so what is so hard about it, if once and a while we have to use a translator ourselves?

You're more than welcome to create your own mods that use English or a language that you're more comfortable with.

We want to encourage all walks of life to play our games, here at Focus Home Interactive, and we certainly would never consider telling people to not create in their own language. You can always use a translator to check what the names of these mods are.

It's getting worse when people use transliterations within mods: russian addon names writte in latin, i.e. "bort", "remont", "zapaska" - for "carriage", "utility" and "spare wheel" respectively.

@iyagovos said in It's a shame:

We want to encourage all walks of life to play our games, here at Focus Home Interactive, and we certainly would never consider telling people to not create in their own language. You can always use a translator to check what the names of these mods are.

Then maybe you guys can fix it so we can translate it. Instead of trying to translate the untranslatable/WTF-ever/totally incomprehensible nonsense/no language known to man stuff that we see in the game is. 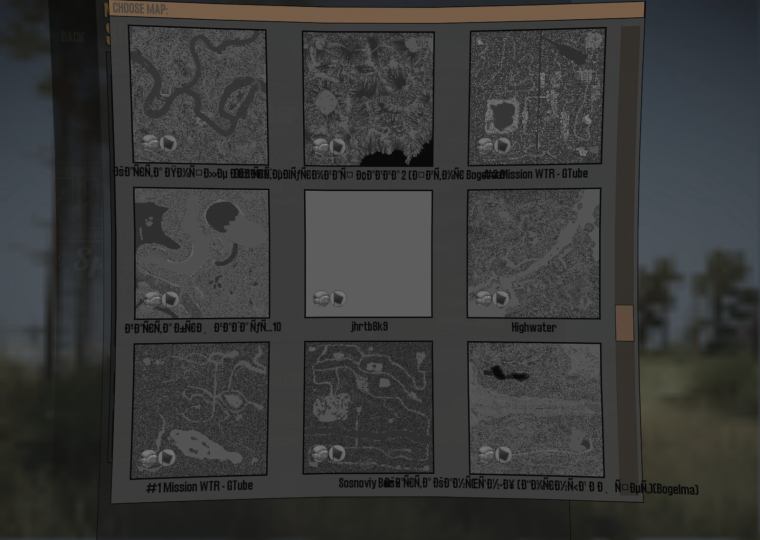 So you see? It really has NOTHING to do with "walks of life" or using one's "own language". Or any kind of discrimination. It has to do with the messed up script that gets generated by the game, and is screwing it up BIG TIME!!!

EDIT: Never mind. I just found out, on my own, that there already is a fix. And that it's really up to modders to use it. It might be helpful if they even knew about it though. Which apparently many DO NOT! Big surprise...as it's undocumented. Which is the game dev's responsibility. So you might want to at least do that.

@mudhappy said in It's a shame:

So you have a fix? Where is this located?

@mackboss said in It's a shame:

So you have a fix? Where is this located?

You're looking at it.

In the zipped folder containing the map in question. Specifically in the randomly named XML Document with this bit:

Which you can typically find here:

A Slice Of Pizza Reply Quote

I think the Steam Workshop itself should have language translation integrated so if a Russian uploads it would be in English to us but still Russian to them.

last edited by A Slice Of Pizza
?
?
A Former User Reply Quote

@a-slice-of-pizza I dont think Steam should be held responsible for what the creators make and name using whatever language they speak.

but that could work.

A Slice Of Pizza Reply Quote

Or Mudrunner could have a translator integrated when selecting maps...

Even the best translator is not as smart as you are.

For example, take that code segment and try and translate it in google translate.

Although I appreciate it can be a pain, considering the amount of time and effort anyone who is modding puts into the actual activity, the overhead in copy/pasting the occasional foreign phrase over into google translate manually and rewording does not in itself strike me as breaking the experience.

Alternatively set chrome to translate the page from russian to english / whatever. I'm sure that will catch 80% of them.

Either way, there is no sensible reason to suggest that this would be in any way the responsibility of the game developer or publisher.

I love that if I type 'ogneopasno' into google translate, it comes back saying "Did you mean огнеопасно? = Flammable?" so that even negates the problem of people using transliterations.

I also learned from playing in the window that Ogne = огне = Fire
Oh and that Opasno = опасно = Dangerous.
Oh yes. And that Pasno doesn't mean anything.
But that пасно means 'fluently' and not Nacho.
But that got me thinking.
Ah! Nacho in Russian is 'Начо'
Aw. Nacho Libre confuses Google Translate

Hmm. But 'Libre' is 'Free' in French and Spanish
And 'Free' is either Свободно (Svobodno - without restraint) or Бесплатный (Besplatnyy - No Cost)
Svobodno is cool but Besplatnyy is possible the coolest word I heard this week.
I know that Начо is not pronounced as it looks.
Nonetheless "Nacho Libre" will from now on be known as "Hi-Ho Besplattny!"

Did someone say earlier this was boring? Use your imagination. Or take your meds.

I wonder what "Boom Ouch" is in Cyrillic?

@zoglet
That just gave me a mental picture of The Lone Ranger astride Jack Black... "Hi-Ho Besplattny, away!!" LMAO

@zoglet said in It's a shame:

I wonder what "Boom Ouch" is in Cyrillic?