GreedFall Gold Edition and The De Vespe Conspiracy DLC are out now!
This topic has been deleted. Only users with topic management privileges can see it.

GreedFall Gold Edition and The de Vespe Conspiracy DLC are out now on PS5, Xbox Series X|S, PS4, Xbox One and PC! 🧭

Dive into GreedFall's most complete edition now in our Gold Edition trailer:

GreedFall: Gold Edition is the definite way to experience GreedFall's mysterious world and stories, with a DLC bringing new enemies and gear with a twisting narrative! 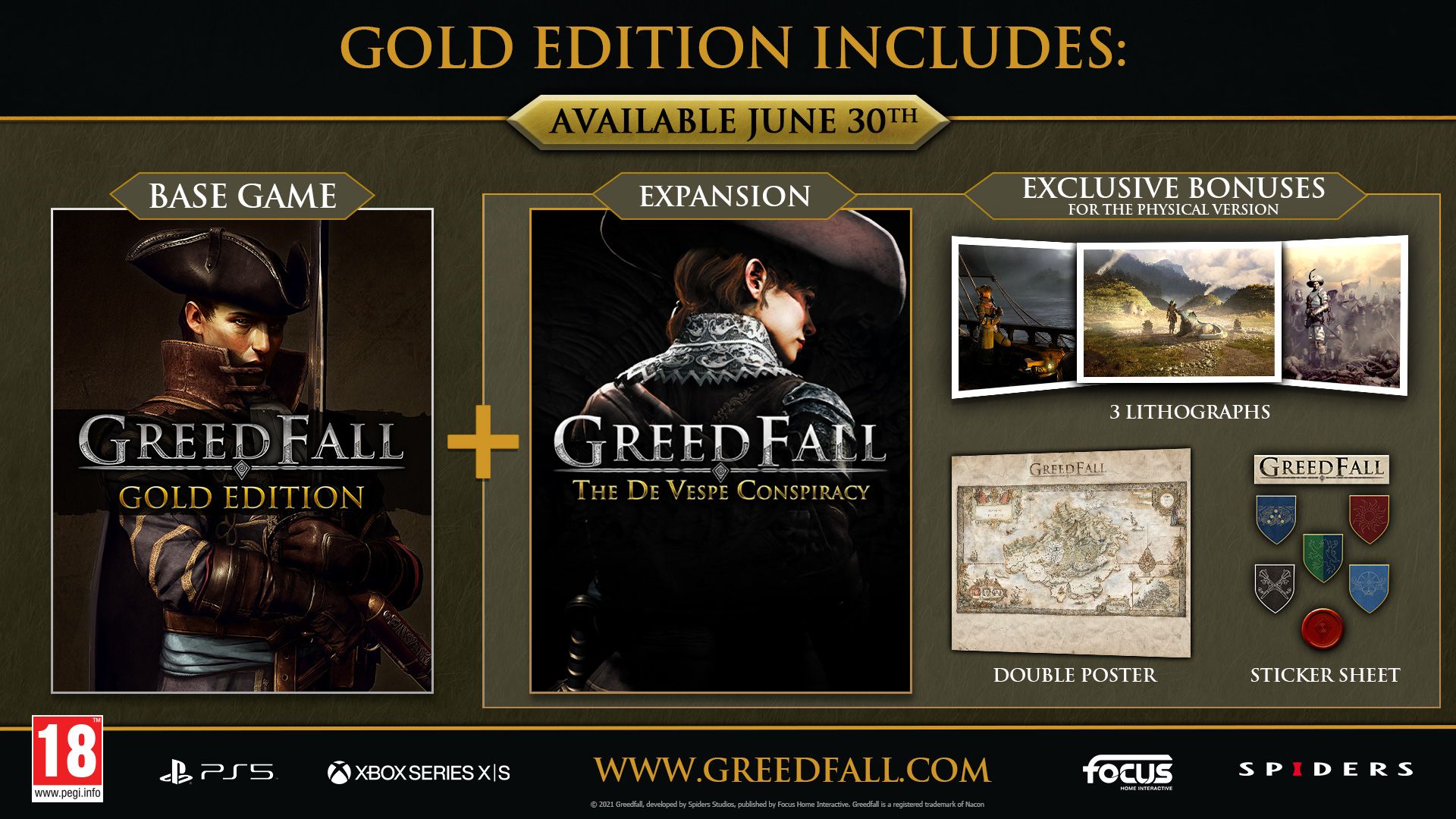 Expanding on GreedFall's world and story, The De Vespe Conspiracy invites you to set foot on a previously undiscovered region of Teer Fradee and tackle a brand new intrigue:

How do I start the DLC?
Once you’ve purchased the DLC or if you own Greedfall Gold Edition, you have to unlock the quests "Searching for Constantin" and "On the high king's trail" in your journal in the base game.
You then have to reach any camp from the game and look for a letter you can interact with. Reading this letter is the first action to start the DLC’s content.

See you soon on Teer Fradee!

last edited by
A
A
AF Reply Quote

The Series X update seems to have broken the game by removing all menus (literally just blank screens) and causing severe pop in.

Super disappointing knowing how much work you all put into this, especially with everything going on. How was this able to pass through QA checks?

Looking forward to the patch that fixes this.