Please fix Boar Power to weight (12.6)
This topic has been deleted. Only users with topic management privileges can see it.
M
M
mastercap Reply Quote

This truck is using a KZGT-8 530 T Engine one of the best engine in game and it can not pull the 8 slot heavy trailer with a large pipe and four concrete blocks
through mud or deep water and the power to weight is S tier on top of the that it burns through a 300 gallon fastest even when the truck is not moving @Jellyfoosh @enovikova can someone on the dev team respond to this issue before it ship out to launch. 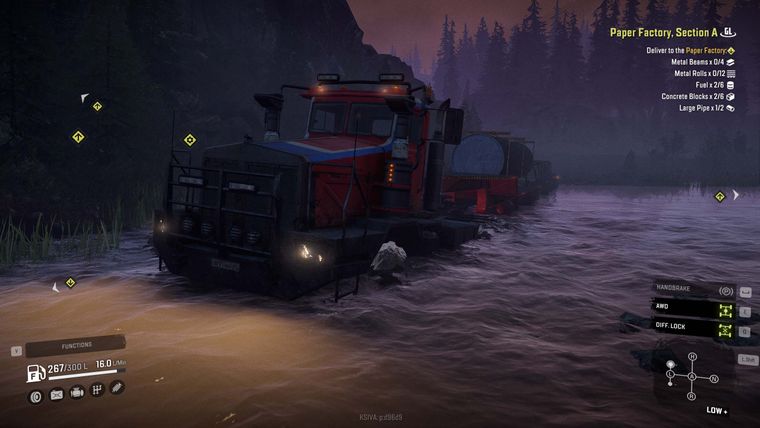 Boar is not moving at all but it burn fuel like crazy even though it has S stat in power to weight. 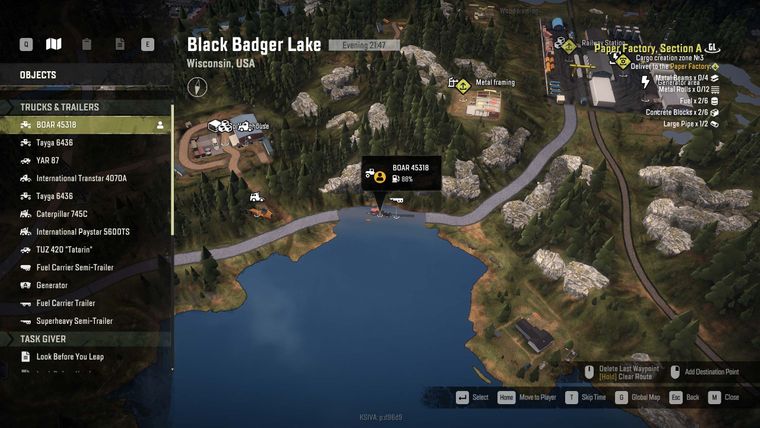 It can not move this small section of water. 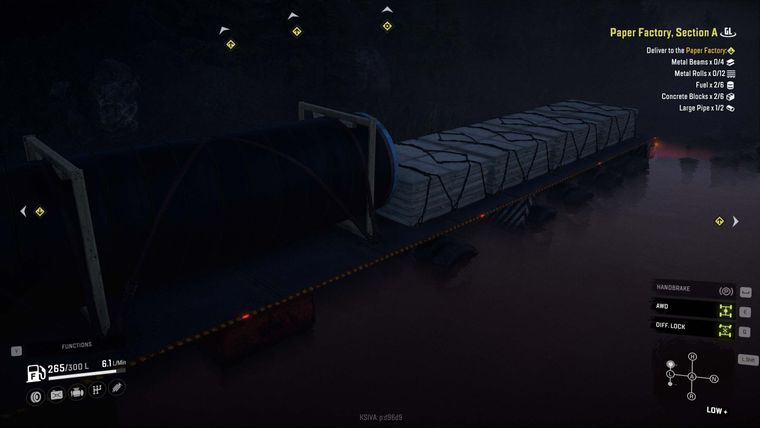 Even with the S tier this trailer will not move a inch in this section.

Ever thought, that this route may be the shortest, but not the best one? IMHO more power will not help at this location. Stuck is stuck and you need a winch.

@JTT It the best route for going to that factory my twinsteer with a heavy load can bulldoze through this section with no hassle other people have pointed out that despite this truck having the best engine the front wheels will lock up in mud despite the power to weight being S.

Well, its not the best path. I have not tried these 8 slot megatrailers after a short test any more as these make very little sense in my opinion (high center by length every now and then). A 2x4 cargo setup is way more flexible and even faster. If really needed - take two of these and they can support each other.

Edit: What I really "need" - Gooseneck 6 slot high saddle semi offroad with some ground clearance. So you don't get highcentered and caught at the first wannabe-hilltop. A lighter 4 slot gooseneck saddle low offroad trailer would be also nice.

Regarding your route selection: From your map's point of view, the northern offroad path to the factory along that "river" works way better. A lot up and down, but no mud and the bank angles are ok.

The problem with heavy trucks and heavy trailers - you have six wheels to get them moved for 30 tons plus as weight. And you need thus a lot of force, so "power itself" is completely irrelevant as long as you lack the traction to make the power move something.

Edit: I did that "from the crafting site for pipes to paper factory" job with a stock 5070A (4 or 5 slot Semi trailer setup), the White Western (also as a semi hauler) and the 2070A with flatbed. Worked nice enough uphill and then parallel to the river just in front of the bridge, then right to factory. A bit boring by the number of cargos, but it worked. And if you take different trucks for each repetitive one, its less boring.