UX of the Game Selection: better experience for new players -> Designs included!
This topic has been deleted. Only users with topic management privileges can see it.
J
J
jagorhigh Reply Quote

I know many people here dislike the idea of Domination mode and want Insurgency to stay the "hard core" tactical game it is.
I play Squad and Hell Let Lose and the first Insurgency a lot, so i do like tactical game play.
Since i have kids, i also like to be able to make the most of my free time, so when insurgency 2 came i started playing it but dropped it as i was killed left and right, and the penalty of waiting for 3 min to respawn was too big price for me to pay.

Recently i have started playing it again, but exclusively the Domination mode, and i am having a blast! Also enjoying the Team Deathmatch right now ;>

Now... i told a collogue of mine to get the game, so he did, but refunded it after less than 1h, and i know he is a serious gamer!
He did for the same reason as me.. getting killed out of nowhere, and long respawn times = not easy to learn the game.

I think with a simple UX change in the main menu, we can avoid good gamers like my colleague to be chased off by the heavy waiting / dead time mods like Frontline, Firefight and Push have AND offer them easy times when they start.

Check my ideas, i hope someone to consider this change or something in those lines! 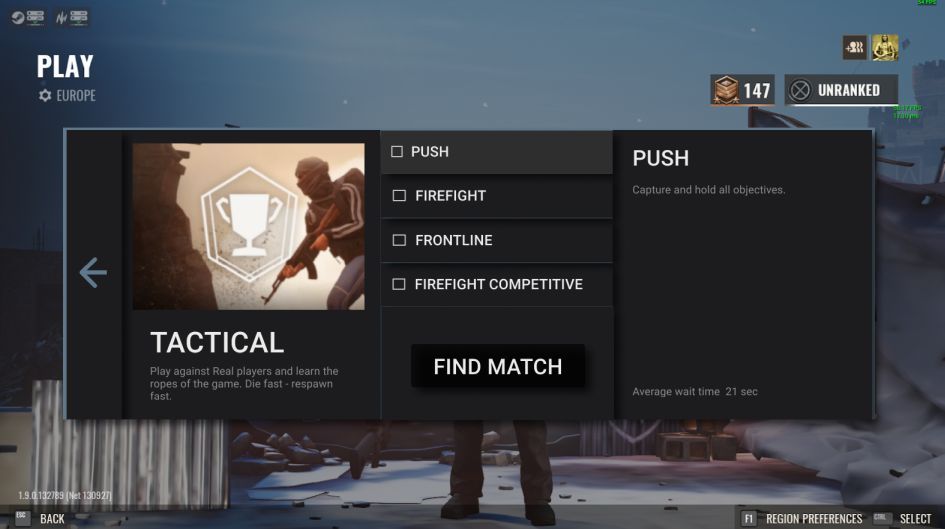 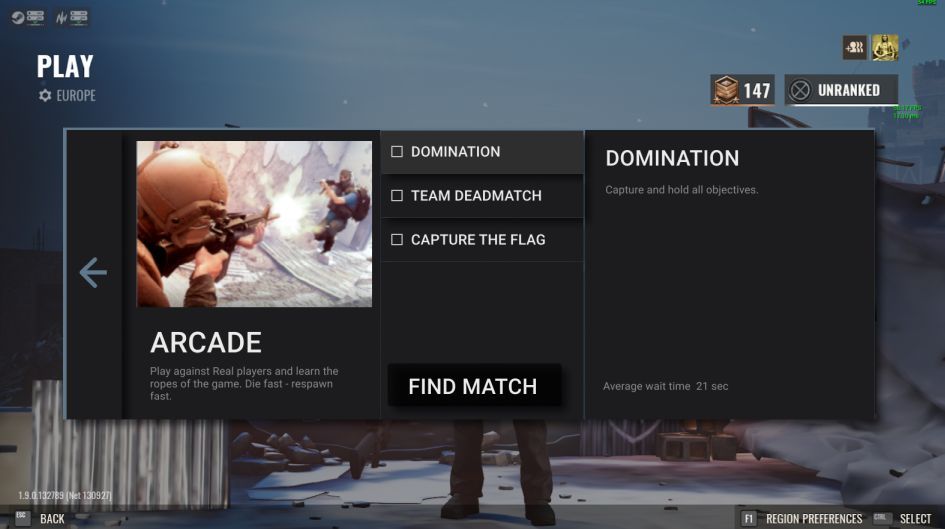 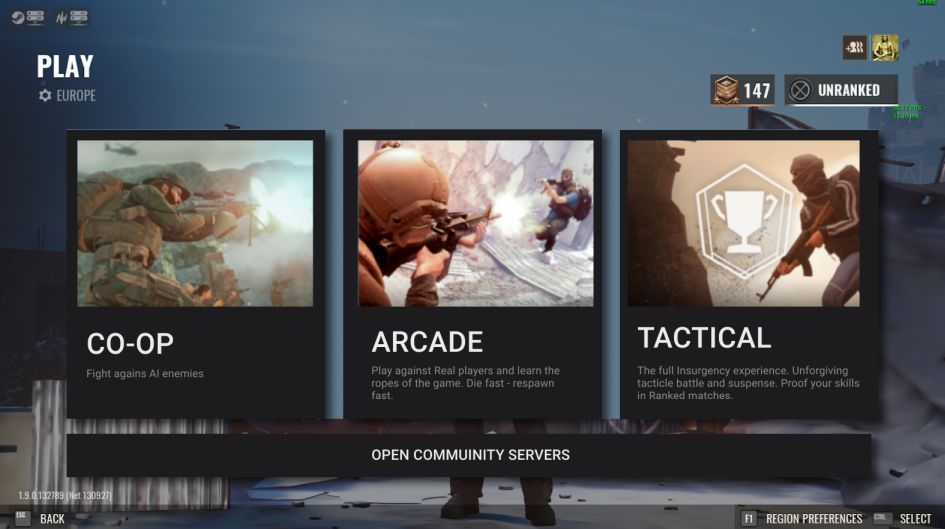