Experience bug / Gang overview bug
This topic has been deleted. Only users with topic management privileges can see it.
B
B
Beldryn Reply Quote

Last night, on the final shift of my operation, I decided to do a base raid for the extra 50xp for completing it. Did the mission, took out every enemy gang member, looted everything I could get my hands on ( 9 items) then finished the mission. on the exp screen I was only awarded 10xp for surviving the mission(should be 90 I am playing on hard) and no exp for completing the objective. just the exp for kills and Intelligence.

started a new op on hard. finished first mission. same thing was only award 10xp instead of 90 + kill exp etc. just completed the 2nd mission in the op, my 3rd archeotech brawl. and, surprise. exact same thing. then took a look at my gang stats page, and for some reason my total wins only reads as 2 rather than the 36? or 37 it should be. took a screen shot of it.. pretty much just for the record as I really don't care about this. but its a bug none the less. 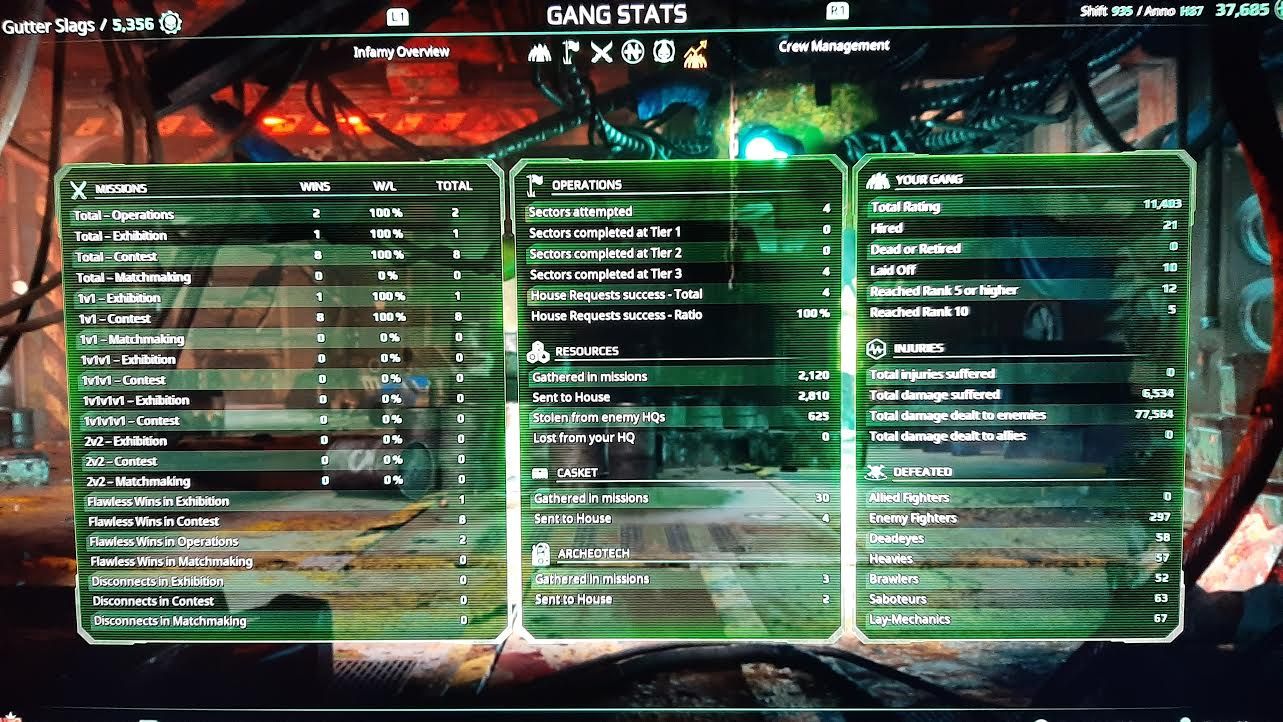 last edited by
B
B
Beldryn Reply Quote

Small update, the exp issue seems to have resolved itself after the 4th mission in the new operation. I am now earning the correct 90xp for surviving the mission rather than 10xp . No idea what caused this... or fixed this in the first place still however.

The XP thing can happen is you save/reload a mission or crash/reload. I've had that before.

About two weeks ago I also had my gang's tally of operation wins reset to zero. Weirdly the stats for other types of matches remained the same, only operation missions reset. I was at something like 90 wins at the time.

Hey, thank you for reporting

We're currently looking for this issue, in order to give some files to the devs so they can fix it!