Visual bugs 1.1.0.22
This topic has been deleted. Only users with topic management privileges can see it.
G
G
Geeb Reply Quote 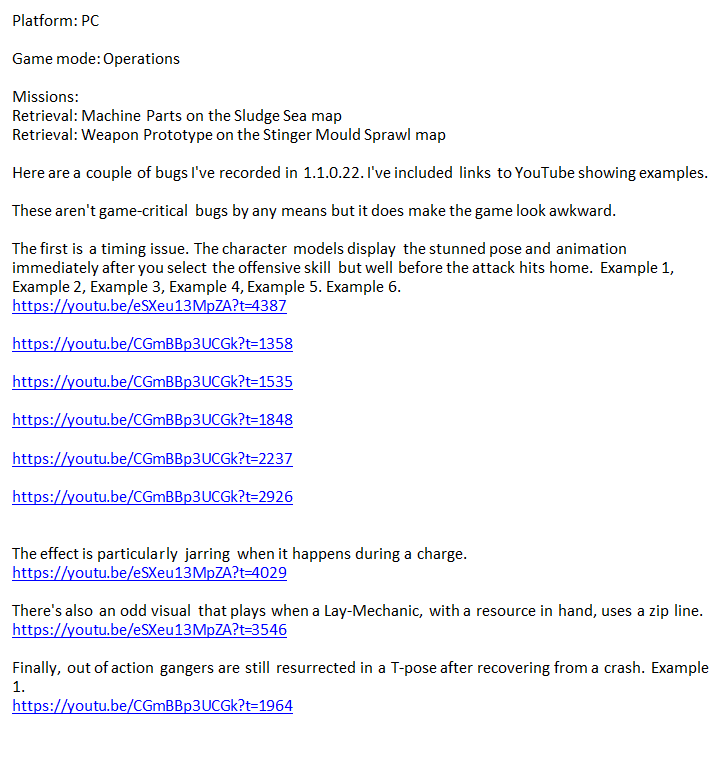 Here are a couple of bugs I've recorded in 1.1.0.22. I've included links to YouTube showing examples.

These aren't game-critical bugs by any means but it does make the game look awkward.

The first is a timing issue. The character models display the stunned pose and animation immediately after you select the offensive skill but well before the attack hits home. Example 1, Example 2, Example 3, Example 4, Example 5, Example 6.

The effect is particularly jarring when it happens during a charge. Example.

There's also an odd visual that appears when a Lay-Mechanic, with a resource in hand, uses a zip line. Example.

Finally, out of action gangers are still resurrected in a T-pose after recovering from a crash. Example 1.