Announcing The Surge 2!
This topic has been deleted. Only users with topic management privileges can see it. 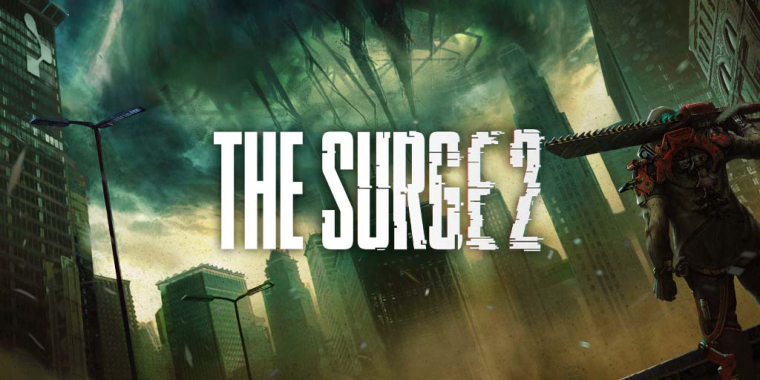 We're excited to announce the development of The Surge 2!

After the success of The Surge, our hardcore Action RPG released in May 2017 on PlayStation 4, Xbox One and PC, we are happy to announce the renewal of the partnership between Deck13 and Focus Home Interactive and the development of The Surge 2, with a release date planned for 2019 on consoles and PC.

The Surge 2 keeps what fans and critics loved about the original – hardcore combat utilizing a unique, dynamic limb targeting system and deep character progression – while also expanding greatly upon the formula.

The Surge 2 takes place in a brand new environment: a sprawling, devastated city with larger and more ambitious level design, made possible by Deck13’s upgraded and improved engine.

Combat is more brutal and tactical than ever, with even more options thanks to an expanded limb targeting system. In addition, more abilities, weapons, implants, and drones give players a vast arsenal to build their character with, in their fight against the array of diverse new enemies and bosses.

More information about The Surge 2 have been unveiled at Le What’s Next de Focus, the yearly press event organized by the French publisher in Paris in February. Learn more about The Surge 2 in this article from PCGamesN published after the show!

That is great news! I can hardly wait! Loved the game!
I wouldn't mind co-op multiplayer option and more story telling though. That's fantastic - I loved The Surge and really hoped it was successful enough for a sequel. The story was awesome and I really enjoyed the setting. Please keep hidden boss challenges for a v2 weapon, and please add some kind of parry/counter mechanic - and maybe shields?

I also really appreciated how much work went into the PC version. I bought the game twice - PS4 and PC - and the amount of graphical settings, plus Nvidia Ansel, make a huge difference. I love setting up and sharing cool screenshots.

Regardless, congratulations, and I really look forward to this.

@iyagovos said in Announcing The Surge 2!:

If you are not very good at games maybe.

Which was neither unique and certainly only lowered the dynamic of the combat.

Now that is just plain lying, a single system with almost no options doesn't qualify as deep.

while also expanding greatly upon the formula

Which was copied 1:1 from dark souls and will never be a good or popular as the original.

Please release some original games and not a continuation of an already mediocre and bland title that clumsily tries to copy good games. Good thing I shorted fh shares.

@Cepheiden Welcome to our forum! I hope you enjoy your stay

@Cepheiden Why come here to talk trash man? I mean everyone has their own opinions but you state your's as if they are fact. I don't think that the surge copied anything from dark souls. But if it did to me they did it better. I've played through ds3 but I enjoyed the surge a lot more. Now of course the surge had its flaws but it was a major improvement over LoTf. I may be biased though because I've never really liked fantasy settings over sci-fi onces.

Also really excited about the surge 2. My only problem was the boss amount. If there are 9+ this game will be perfect. And more robot enemies.

@iyagovos I know the game is nowhere close to being released or finished but i would love to know some of the thoughts concerning these areas.

multiplayer? if so cross platform?

Will there be any system that allows us to upgrade mods (use two of the same to produce next tier that costs the double amount of energy?)?

Will the crafting mechanics be improved, if so how?

What types of weaponry do y'all think should be added (shields?!?)

dynamic enemy spawns? (to keep you on your toes)

more one time loot? (so if you miss it this time you have to do a new game to get it?)

New protagonist? Could the S2 use our previous game's data to some extent?

last edited by Frostyhobo47
A
A
A Curious Frog Reply Quote

I have played dark souls 1&2, undeniably 2 of the easiest plats I have ever had. They are nothing more then dodge simulators. They require very little skill as you can literally dodge through enemy attacks, even if the attack is on target it will pass right through you, you just have to use your i-frames correctly. 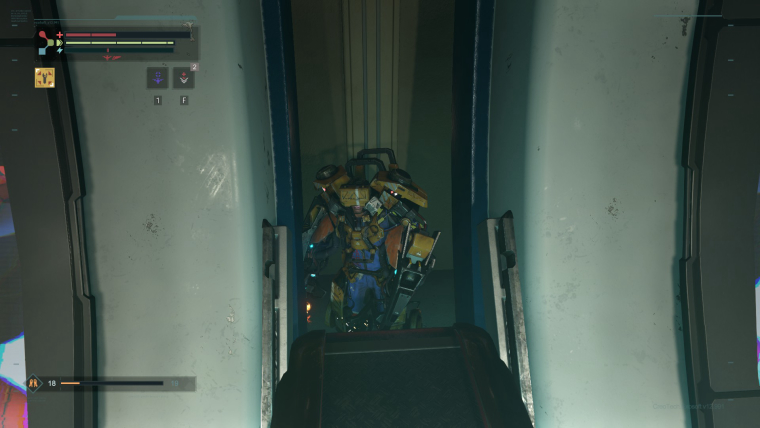 Great news, I love The Surge. I cant wait to hear more about the sequel! Keep up the good work!

Yes! keeping your build from 1 would have been nice, but doesn't seem to be an option given the setting. But don't make it easier! Need my warning! You will lose more players than you'll gain.

I really enjoy The Surge but I feel as though and hope they address this in The Surge 2. Get rid of cheap one shots, I'm in NG++++ wearing a full set of XX grade armor (the best in the game) have 1150 health (an absurd amount) and still get absolutely destroyed from full health to dead in a single attack by some enemies.

Getting cheaply one hit isn't hard core, or difficult its just CHEAP. Don't get me wrong with how fast you can move not getting hit is usually pretty easy but the damage enemies output is a tad bit ridiculous and I hope it gets reeled in a bit in the sequel. Their is no reason being so highly geared I should fear instant death if I dodge a hair too late or attack to late to be able to dodge in between pokes.

Just my thoughts, I greatly enjoy the game but I feel as though its usually an overly frustrating experience as the damage models for enemies (some of them) are overly punishing.

Example : Some of Black Cerberus attack chains barely hit me for a 6th or 7th of my health, YET he does his sliding attack and the one time I decide to try and sprint around him as he does it and slide attack myself instead of just cheese dashing everything as usual. I get hit by like the last frame of his attack for over 1000 damage and insta die???

The damage model has always been a problem and prevents the player from ever really being able to experiment with play styles. I would love to be able to try and block or parry enemy attacks instead of dodging everything but getting hit once usually ends very VERY badly for you. Not to mention that even with almost 300 Stamina blocking a single attack often results in your entire stamina bar being depleted??? Why even allow us to block at that point?

Love the game but please no more infinite scaling up for enemies in new game plus after we upgrade gear to the max.
Let's say for example the difficulty increase stops at New Game+6 and after that every new game plus you start it repeats difficult of New game +6 and max out gear should be balanced for that.

I hope there's more attention to the bonus challenges in S2. S1 had this for every boss fight: you can get this sweet upgraded weapon, but only if you fulfill this thing that we won't tell you about. What's that, you missed it? Awwwwww, too bad, this robot boss won't respawn ever again, better luck NG+! This leads to backing up saves, looking up bonus objectives on google and making already not the most exciting fight sequence even more of a railroaded my way or highway kind of a thing.

Another thing that aggravated me to no end in S1, and often in souls-likes in general, is when enemies don't abide by the same limits the player has to, most notably for stamina. I can understand why robots don't have stamina. Zombies, sure. Nanite creatures, of course. But when by the mid-game a run of the mill humanoid enemy starts their twirly staff dance routine while Warren circles around waiting for stamina bar to fill, that's just... unsatisfactory.

Small nitpicks aside, I'm glad D13 is improving some of the budget stuff like your custom character in place of the very bland uncle Warren person, that said hopefully it's also cautious on the don't fix what ain't broke department. Like industrial setting. Sure, it had its issues, it definitely could have used a few kilometers less of technical corridors! But the very generic looking forest from trailer is not an improvement in my book. Also, is it just me or the combat speed seems to have gone up? It already felt a little too fast in places in S1 for people fighting in heavy metal exoskeletons (I'm looking at you, Warren's sprint slide attack). Feels like doubling down going the wrong way instead of slower swings with more impact. Of course we didn't see that much in a short trailer but felt like Pacific Rim Uprising vs Pacific Rim 1, not a great feeling.

I bought the game twice - PS4 and PC - and the amount of graphical settings, plus Nvidia Ansel, make a huge difference. I love setting up and sharing cool screenshots.

So excited.
Surge 1 was so damn good and addictive.
Finished it multiple times