1.5 CTE Now Open
This topic has been deleted. Only users with topic management privileges can see it.

We’ll be having a “Play with the Devs” event on the CTE on Tuesday December 3 & Friday December 6 from 11:00 AM MST - 1:00 PM MST. We’ll be testing playlist improvements on the US servers in the official matchmaking of our new game mode Domination (see more information below), NOT on a server under Community Servers as we’ve done in the past. To join us, just boot up the CTE, go to Play, select Domination, and Find Match. All the devs won’t necessarily be in one game, but you’ll see us floating around your matches!

This update features a ton of quality of life improvements, gameplay improvements, optimization, and bug fixes. Please share your feedback on the CTE forums here. The highlights can be seen below:

We’ve made both game and map changes to further optimize Sandstorm. This is part of an ongoing effort to address performance issues with other maps and the game as a whole. Changes include: 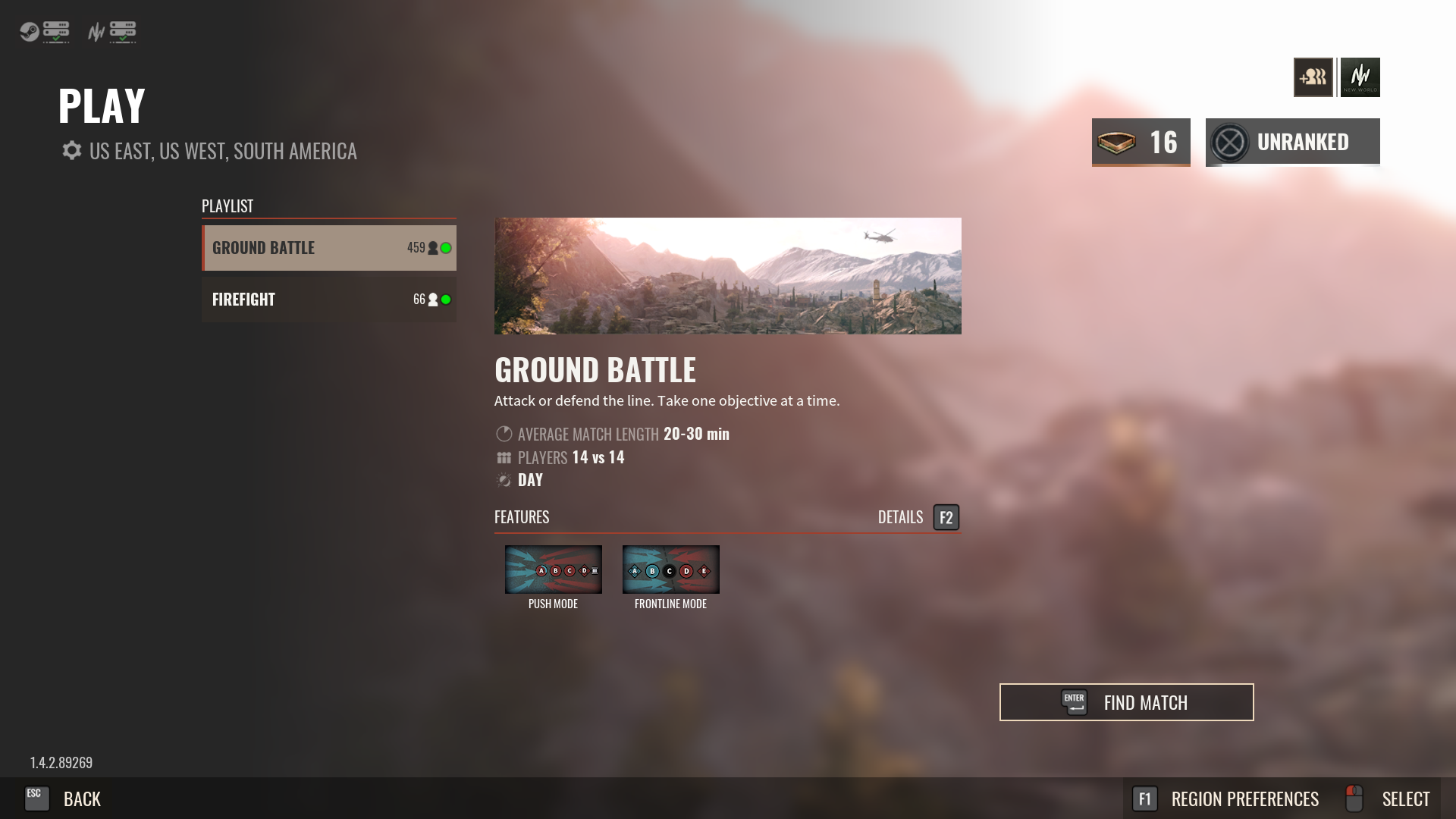 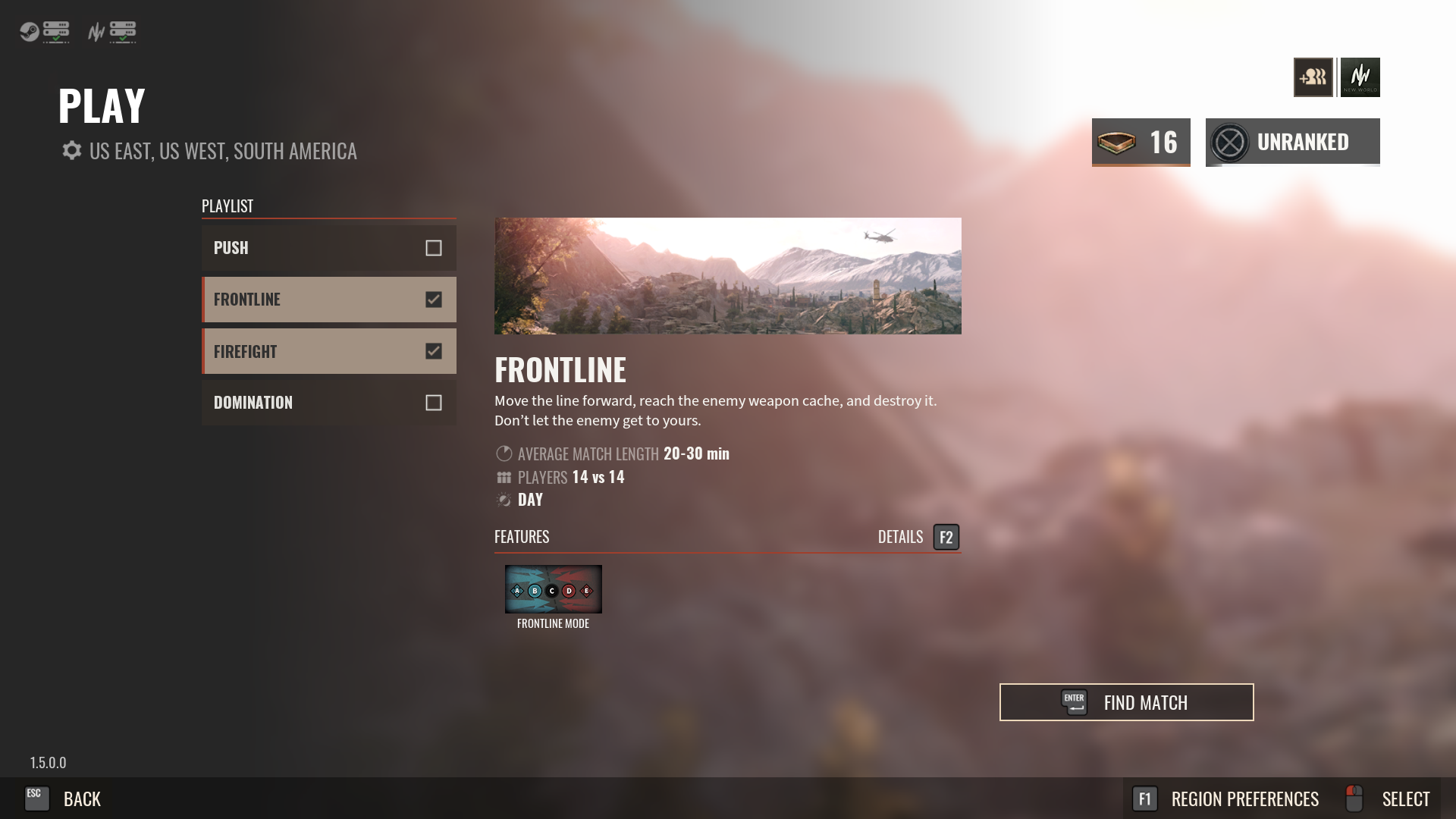 Over the past couple of months, we have received and read numerous pieces of feedback from the community relating to playlist changes that were implemented earlier in the year as well as the overall matchmaking experience. The new playlist-based matchmaking introduced several issues and had some undesirable impacts on our queues’ health. We’ve made the following improvements:

These are the playlists available in the CTE and will be eventually available for 1.5:

We’ve added the popular game mode Domination to the game, which some of you may already be familiar with from games like Unreal Tournament, Battlefield, and Call of Duty. In Domination there are three objectives: A, B, and C. Your team’s score will increase faster the more objectives you own. Once one team reaches the score limit, or time runs out and they have the highest score, they win the round. Domination uses the same instant respawning system and weapon loadout as Team Deathmatch, which means you are always in the action and you can use just about any weapon in the game. Right now Domination supports the Hideout, Hillside, Farmhouse, Crossing, and Ministry maps, but more may be added in the future.

We know that adding a new game mode risks further fracturing of the playerbase, something we are trying to address with the playlist changes above. We also know that there may be other game modes that some players would like to see before Domination, such as Outpost, which was discussed in our last roadmap for 2019. Domination was originally created in Sandstorm as an “example mode” using Unreal Engine 4’s blueprint system to demonstrate to modders how they could build custom game modes using our upcoming modding tools. It ended up being really fun when we tested it, and so we decided to include it as an official mode. Domination will still exist as that example mode, and modders are free to use that as a basis to build totally new game modes.

In addition to already having it ready as this unique “sample mode” for modders, one of the main reasons we made it an official mode was because a lot of players have requested that Team Deathmatch be reintroduced as an official playlist. We feel like those players can get their fix from Domination in a way that, in its objective-based gameplay, is less mindless than Team Deathmatch, and thus truer to Sandstorm’s identity. Also, with our upcoming console release, we’ll be getting a lot of new players. Domination mode is a bit more casual and easy to learn, which means it’s an excellent way to ease those players into the more hardcore experience that is Insurgency: Sandstorm. Finally, to be blunt, we see an opportunity to attract some of the new Modern Warfare’s audience. If a player isn’t feeling the experience there, they’re welcome here with a familiar game mode as a vessel for our unique brand of gameplay.

We’ve worked hard to listen to the players and make improvements to various gameplay mechanics. Our intent is to directly address player feedback about shooting and aiming not being rewarding enough of skill, to improve player movement and acceleration to feel more controlled, and to add some flexibility to certain key bindings which have been popularly requested. Additionally, we were able to make improvements to smoke grenades so that particles are visualized reliably across all clients, which has an important gameplay impact of making smoke grenades more dependable. The changes include the following:

so, still no fixes for any game breaking bugs

it does run very nicely though

Unfortunately big disappointment once again , the netcode is still the same dog shit as before , words cannot describe the frustration .... this is unacceptable in a FPS game especially where TTK is absent , I really like this game, but it is unplayable in current state .

As we take a break from those exciting new maps we need to verify our next release for a few days to make sure it is nice and stable before we feel we are in a good place. Don't worry though the new maps will come back.

We could really use the help on this with people just playing the game.

So if you have time and want to jump into the CTE to get an early look at the next release please do so.