DevBlog #5 - In-house Engine
This topic has been deleted. Only users with topic management privileges can see it.

As we draw close to the release, we’re sharing a series of devblogs that we hope will give you some insight into the creative process of The Surge 2.

Check out other DevBlogs here:

Today, we’re happy to talk to Thorsten, head of the Tech Department on The Surge 2, talking about the in-house engine of the game!

Hello! Could you please introduce yourself and your role on The Surge 2?

Hi, I am Thorsten. I have been with Deck13 for more than 15 years and I am heading the tech department. This entails planning and overseeing the general development of our in-house technology, while still trying to contribute as much as possible myself along the way. In addition to that, I am also very much into core gameplay and the associated systems. 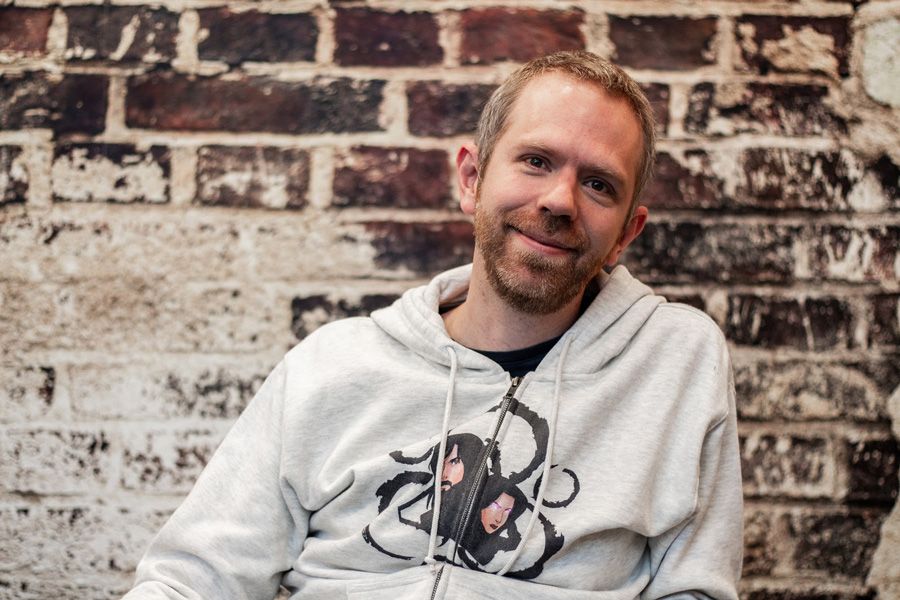 Engines often have interesting names, and yours is no exception. What’s the story behind the FLEDGE engine name? Did you (excuse the pun) land on FLEDGE immediately or were there other iterations?

Strangely enough, FLEDGE is actually not an acronym, probably because we didn’t come up with anything clever. We started creating FLEDGE back in 2009 after finishing Venetica, our first multiplatform title. I thought, with all the experience gathered over the years, we should finally be able to build up a multiplatform engine from scratch ourselves. A toolset that can come of age, can stand on its own out there and can be developed into a fully fledged toolset for creating our games.

As game engines are never "done", the name also seemed fitting since the whole thing just never stops to... you know... fledge. Something along these lines. Thinking about it, I guess BLOOM would have been a nice name as well - will keep that in mind... Our previous set of tools was called PINA - this one actually was an acronym: [P]rogrammable [I]nterface for [N] [A]dventure games. It relied more heavily on 3rd party libraries with the biggest one being OGRE3D used for rendering (the part that is actually responsible for producing the image on the screen), so I would not have called PINA "our own in-house engine". It felt more like creating some high level systems and tools on top of a lot of low level 3rd party libraries.

What made Deck 13 decide to build its own proprietary game engine?

Venetica back in 2009 was our last game based on the PINA toolset and the first one to release on consoles with PS3 and Xbox360 at the time. The console versions were outsourced to an external partner, but the result showed that most of the components were not lending themselves well to achieving good performance and efficiency on consoles.

As a result, we decided to start over, a) to be in full control of all platforms we want to support, and b) to apply all the things we learned from the development of Venetica and the games prior to that. I always wanted us to create our own tech, and my fellow techies on the team shared this desire.

What were your main goals when upgrading the FLEDGE engine from The Surge to The Surge 2?

Supporting the bigger, more varied game world and addressing issues we faced during the production of The Surge 1. Rewriting the renderer was key to that. Prior to the rewrite, we had a DX11 renderer on PC that was conceptually still largely based on the DX9 renderer that we started with in 2009.

It served us very well over the years, but with low level graphics APIs now available everywhere (with Vulkan being our interface of choice on PC), and many of the underlying concepts not 100% fitting to modern hardware, we decided to ditch that component and go for a full rewrite.

We did not want to piggyback a Vulkan implementation on top of the existing rendering solution since this would have prevented us from taking full advantage of the API and the low level access to the hardware that comes with it. Additionally, starting over allowed us to bring all supported platforms much closer together and to get rid of quite a lot of platform specific rendering code that we have written for The Surge 1.

What are the benefits to using your own engine and how can we see this come through in The Surge 2?

Being in full control and being flexible. Since we support a 60fps mode on PS4 Pro and Xbox One X, you can imagine that there is quite some optimization that we have to apply, especially on the CPU side of things. These can sometimes be very title and content specific.

And I am pretty sure that we would not be able to dig that deep and make changes on such a low level if we used a 3rd party engine given the resources we have. I also tend to live under the illusion that The Surge 2 feels unique compared to a lot of other games out there, just because it's using different technology. Unique in a good way, I hope. 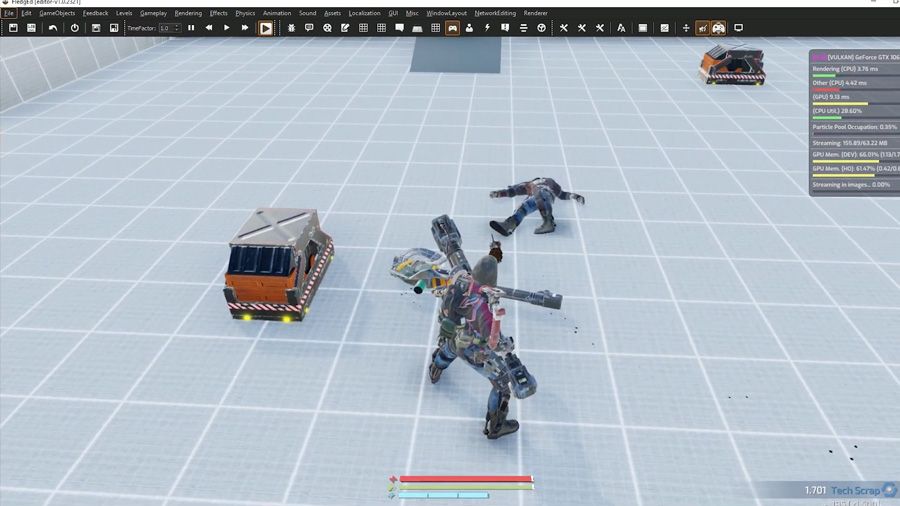 What’s your favorite thing about using the FLEDGE engine?

I still remember very well the first lines of code I wrote back in 2008, just playing around with ideas regarding some low level systems, trying out different approaches to some common problems. The fact that we were able to grow these humble beginnings to what we have today, grow the tech team alongside it with awesome people that I enjoy working with, shipping quite a few games along the way: These are the things I am proud of and probably my favorite things about the engine on a more abstract level. When it comes to actual technical features, I really like how the new rendering subsystem turned out and how it made this part of the engine ready for the next generation of hardware that is on the horizon, even if it was a heavy lift for The Surge 2.

Have you ever gotten any crazy requests from your game designers or otherwise about what to add or do with the engine?

Yes. I remember that once we were asked to have a "proper" tornado simulation in one of our games - for some environmental atmospheric visual effect. But in general, it just happens from time to time that requests are made that sound strange and have to be discussed further to find out what the actual problem is people trying to solve, and what the best solution to that problem would be.