Battlefleet Gothic: Armada 2 is Free on Steam Until August 26!
This topic has been deleted. Only users with topic management privileges can see it.

The Emperor calls for new Admirals!

Battlefleet Gothic: Armada 2 is free to play on Steam right now until August 26, 6pm GMT, and can be purchased at 40% off, the biggest discount yet. If you have a friend who has been on the fence about conquering the galaxy in co-op with you, this could be the right moment to invite him to bask in the glory of the Emperor.

The Chaos Campaign Expansion, that brought a brand new Chaos arc in June, is also available at 15% off, but is not free to play during this time. 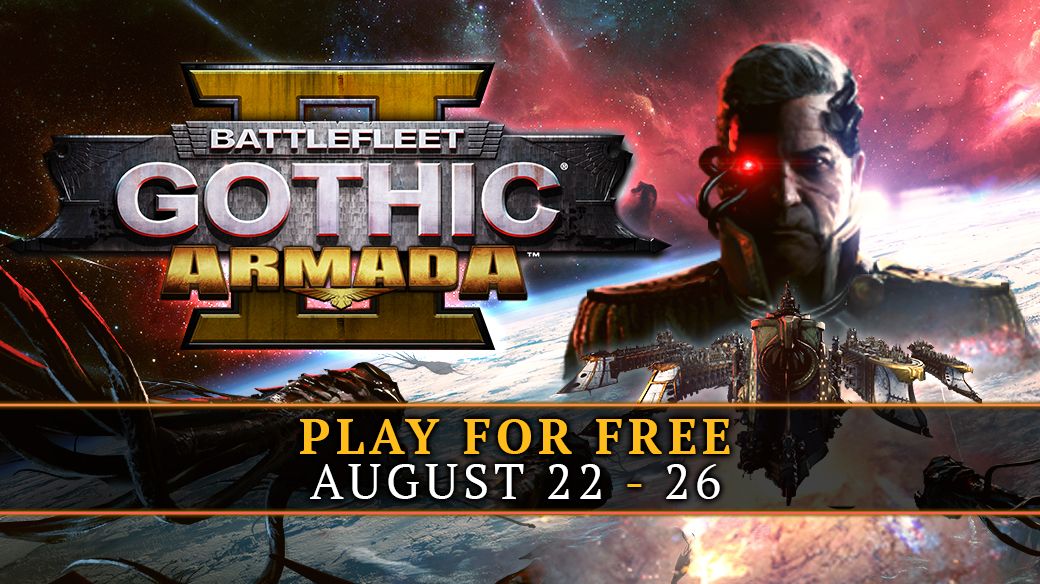 In the recent Campaign update, the game got a huge amount of new content: secondary objectives on every map, significantly improved fleet management, A.I. ultimate powers, a ton of quality of life additions, and in-depth campaign options that allow you to tailor every facet of a campaign to your liking.

As a result of numerous updates, the game is currently in the best state it has ever been in. Whether you play solo, co-op, or versus multiplayer, there has never been a better time to delve into the grim darkness of the far future.

For veterans of the grim darkness of space, we have more news! Season 4 of competitive has now begun! Rewards corresponding to your position on the leaderboard have already gone out. Return to the chaos of war and claim your spoils: portraits, frames, and achievements await!

Battlefleet Gothic: Armada 2 is free to play right now and all weekend long on Steam! You can also get the game and its DLC at respectively 40% and 15% off until August 26.

@Jellyfoosh said in Battlefleet Gothic: Armada 2 is Free on Steam Until August 26!:

Whether you play solo, co-op, or versus multiplayer, there has never been a better time to delve into the grim darkness of the far future

It's still lacking 2v2 AI co-op skirmish though. Would be great to finally see it, you've no idea of the possibilities it would bring to us single player oriented admirals.