Free DLC Old-Timers Out Today!
This topic has been deleted. Only users with topic management privileges can see it.

@unster I agree totally. Feature inclusion is optional, bug fix is a responsibility. Genuine critical defects I raised a year ago remain even today and this isn’t right. My post was specifically around people complaining right after receiving more free content that their particular game suggestions aren’t being implemented and therefore Focus don’t listen. My belief is that if the message back to Focus was more clear; 1000 calls for ‘fix multiplayer’ rather than 1000 calls for ‘where’s my jeep?’, we might see different results. Anyway I think we are unrealistic to expect fixes to MR1 at this point and need to give Focus the opportunity to deliver MR2 where I would expect the game engine has been redesigned to address issues that were perhaps not practically fixable with the previous version. Where I do agree again is that I believe there would be less bad feeling if there was greater (read ‘any’ response) from anyone in Focus on posted bugs so that there was some idea that the item had been at least noted and was on their bugfix roadmap. This is somewhere the community managers could do better but even though this is their job, I suspect their time is split between all Focus releases and perhaps unfortunately for us, MR does not have the greatest following / roi and therefore doesn’t get all the air time. Perhaps we should step off this thread and start a new one specifically on this topic and allow both sides to air their grievances and post replies.

I’m not going to do this but I think it would be fair to allow the community managers themselves to step up here and create a post to address these concerns in a clear and well structured way.

@Netheos, in order to reduce noise in other posts, may I suggest that community managers get together to discuss how to best approach this difficult topic and perhaps create their own post/sub folder to which we can respond? Although I appreciate you guys are likely stretched thin across all the forums, and maybe aren’t in a position to discuss what is and isn’t included per item in upcoming releases, I think there would be real value in getting concrete feedback on specific issues and defects raised to at least indicate that they have been noted, recognised, and are on the bugfix or development roadmap.

@zoglet first of all, if my Metaphor was offensive, i didnt intend this to happen, i thought of it as just a joke and nothing else, and quote by one of my favorite villains from FarCry

Yes i guess u could say im jabbing at devs here and there but its not like im saying some absurd that is not true or relevant to this situation. i dont agree with being all positive, its good to pet each other on back and say "its all gonna be fine" but if we want things fixed we cant just praise and have fake smile on our faces, criticism is crucial, comforting someone on doing bad job is gonna result in even more Bad Job.

and im not asking to be recognized as some unique golden chicken here, just another voice trying to express my opinion in most harmless way and experience best mudrunner possible.. isnt that what forum is for? to talk about game. i have stated here many ideas and things i personally would enjoy and obviously lot of them have not been realized in game but thats fine completely FINE, as long as majority of ppl get what they want from the game and it keeps moving forward.

btw i think i read somewhere they fixed front shaft on f-150? they did it cause bunch of ppl told them to do, if we were to ignore it and never address this would have never been fixed, ever.

and come on dude EA and Bethesda?

those are 2 worst devs u could have mentioned in this situation, they are exact opposite of how Devs/Publishers should act, did you see what happened with anthem/? and its not the first time they fucked over their fans.

in the end sorry if i bothered u, gl in them bushes xD 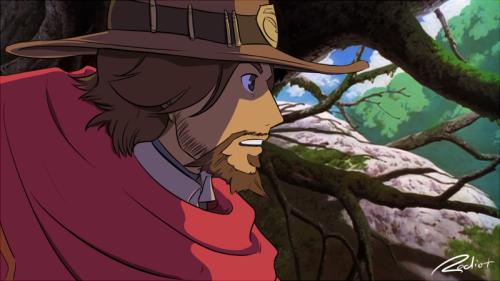 @zamal thanks for taking post as intended and responding in same manner. My attempts at lurking haven’t gone too well as yet. I guess I’m just cursed with a big mouth and opinions

@zoglet Good luck getting a reply from netheos

We're on our own. haha

Here's a thought, how about we stop making vehicles not suited for offroad in a game called mudrunner!!