Patch 4 Hotfix
This topic has been deleted. Only users with topic management privileges can see it. 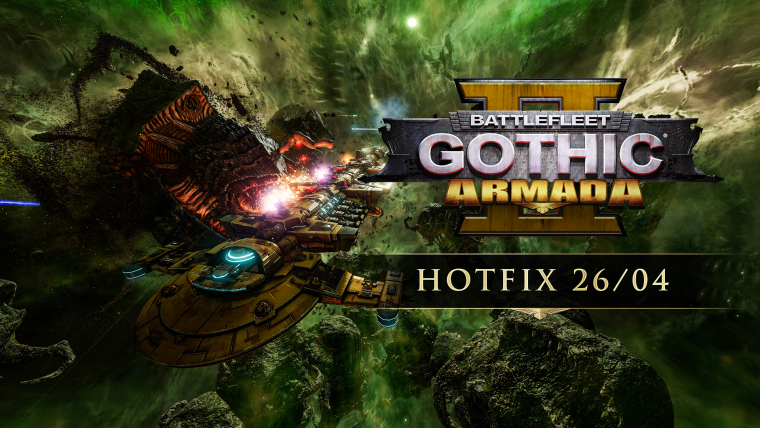 Thanks to your excellent feedback, we’re releasing a hotfix with some bug fixes and balancing changes for Season 2 of competitive!

Will we be able to use the planet killer in massive battles down the line?

Do you ever intend to restore the ramming mechanics? Literally the fact that you can reach the enemy and ram him with a 40km long ship should be rewarding.

There is an idea to fix Nova (Ad Mech and the Imperial Fleet). The Tyranid has the mechanics of the "Spore Field", when the projectile first flies, then an area appears for 5 seconds before it hits. Why not transfer this mechanic to the Nova cannon? The gun would become not so useless in multiplayer, at the same time it would be more logical than teleportation of a shot. In addition, there is already such a mechanic in the game.

I found a bug.

Tau cruiser "Vior`La" and the battleship "Custodian" on the Ion Cannon Coaxial does not have 6 damage, but still 4 damage. Please fix it.

@ahriman
Maybe they are talking about the Ancient One, that thing is 40km in length.

@ahriman i think ramming needs to be more volatile for both sides.

I agree. Ramming was too powerful (could be exploited as well) with no risks involved its also not really lore accurate except for orks and nids. Imperials got tools for it but even than it was a last resort deal.

ImO the excessive ramming that was present in BFGA made the game look more like a bumper car match than naval warfare.

I still remember the times when a dauntless could rear end and meme a battleship to death.... Those were not fun times.