5x kroot / flagship kroot allowed or not?
This topic has been deleted. Only users with topic management privileges can see it.
J
J
Jamodon Reply Quote

Hi, I'm seeking clarification if the 5x kroot fleet with kroot admiral is allowed or not. It can't be made, but like the over 1200 point fleets, if you have one saved from an old version of the game you can still use it.

I ask this because the top player beat me (the #2 player) with it twice in ranked this competitive season, and @Jellyfoosh told me that it was an exploit and that it was not allowed. But Solaire was not disqualified or anything. I don't care if it's allowed or not per se, but it needs to either be defined as an exploit and enforced or opened to allow anyone to use without using old files. Solaire's a great player most of the time, and my gripe here is mostly with Focus, not him. 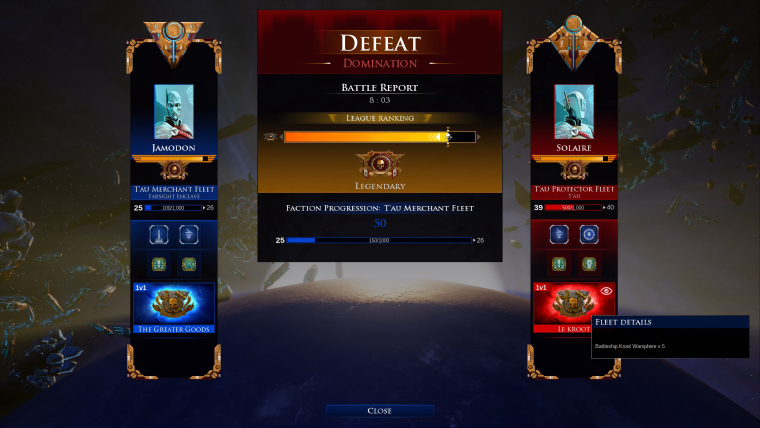 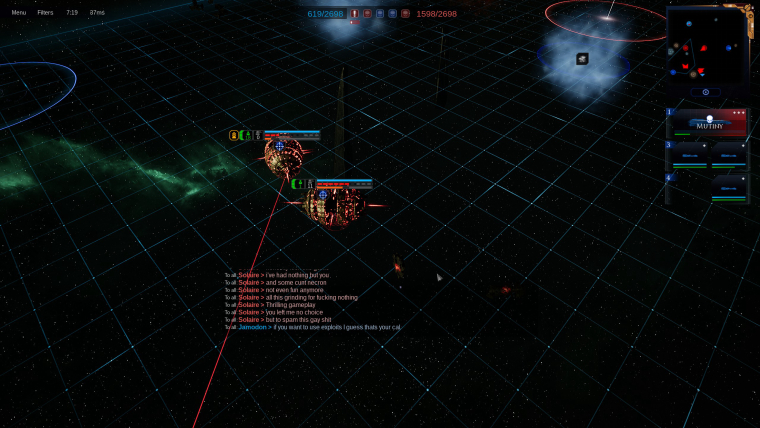 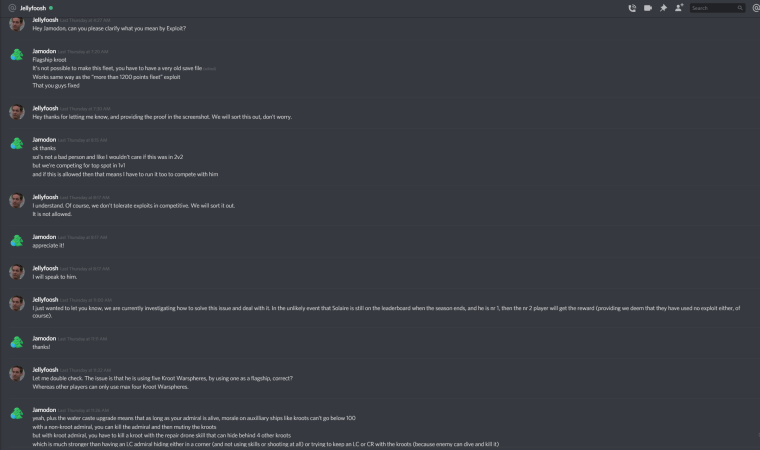 would be nice if the rules were enforced.

Thank god we gave up customization for all this amazing competitive multiplayer, eh?

@romeo said in 5x kroot / flagship kroot allowed or not?:

Thank god we gave up customization for all this amazing competitive multiplayer, eh?

Imo it would have been the same shit. Just more cookie cutter feeling.