Frag Grenades From Allah Himself
This topic has been deleted. Only users with topic management privileges can see it.

Saw this on Mountain a few times. 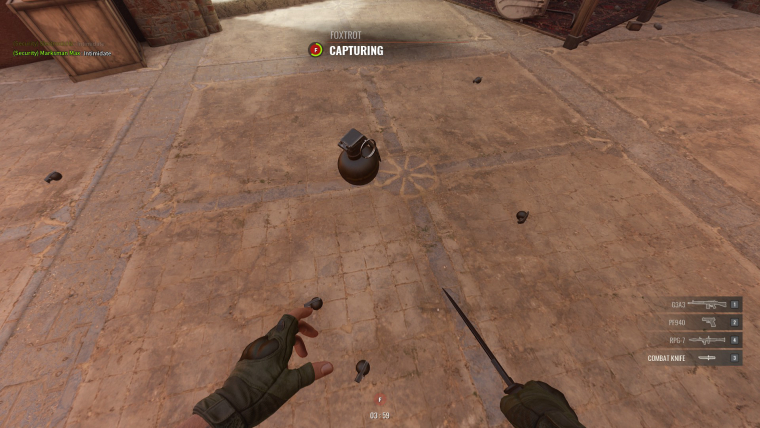 last edited by
B
B
BearWithTheSaw Reply Quote

I can confirm that grenades stay in the deploy point after the loading game is over. I saw this multiple times.

@MarksmanMax
Was that grenade in the middle dropping from the sky just the splitsecond you made the screenshot ( so it´s perspective could be correct if it was in the air directly in front of you )
or was it really THAT HUGE in comparison to the regular frags lying around it ( the MOTHER OF ALL GRENADES ) ?

I think it has already been reported but i confirm it too, since latest patch 1.1.4 there are so many fake grenades spread around on the ground which one cannot grab / take.

@gsg_9_lightning Sorry for the late-ish reply.

No, these frags are not actual frags. The one up in my face is literally floating in the air lmao.

Thanks for bringing this to our attention! It'll be forwarded to the team!