New Necron Battleships for Skalgrim Mod - suggestions?
This topic has been deleted. Only users with topic management privileges can see it.

So Im playing around with the idea of adding two new BS for Necrons (or if that doesn't work out as I want, remaking current ships into BS). End result should still be two new BS.

So Im open to suggestions here. Currently I have these two shiptypes in mind:

Im thinking maybe one Super-Carrier with fewer weapons but a massive amount of fighters. Since Im buffing the necron fighters so that they can take down enemy ships as well, that could make for an interesting ship.

Super weapon-platform. Who doesn't want a "death star" that isn't a Black Stone fortress? While I could technically give the Necrons a Blackstone Fortress (and they do look cool with necron skins and kind of fit the design) that would be way of the lore as the Blackstone Fortresses were (probably) used as weapons against the Necron. One could always create ones own plotline here for why the Necrons use them/created their own though.

Also, here are some pics of candidate models for new BS types. Ignore stats, its just placeholders. Cannot create new ships, but I can mash old models together somewhat: 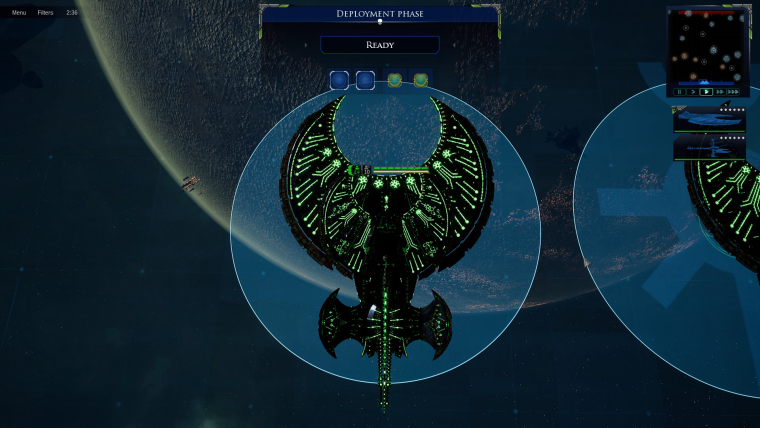 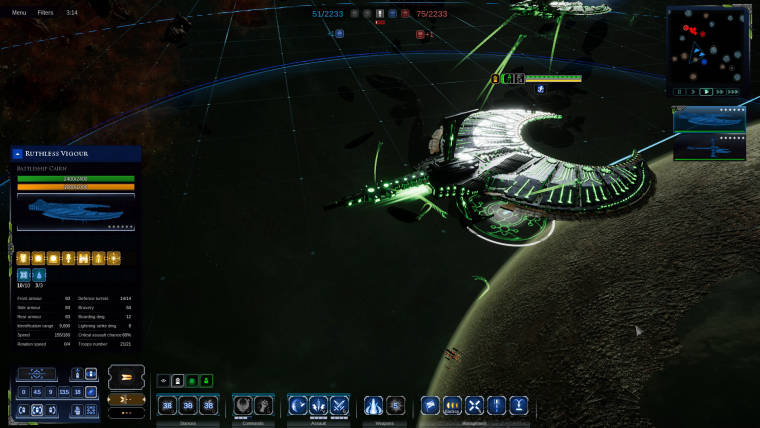 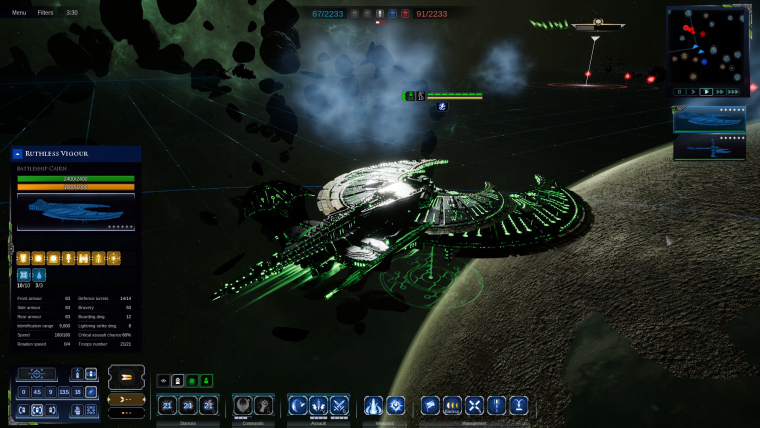 @skalgrim-fellaxe there are some Cairn variants that aren't in, like Imotekh's shielded cairn, or the star chucking maynarkh cairns, or etc, but these sound good to.

I think first and last one look best, with parts from new necron carrier. Maybe "super weapon-platform" could have some titan perks like increased boarding range.

Is it possible to "bake" different abilities into ships? Like for example necron battleship with tyranid psychic scream. And 2 usual skills that player can choose.

@mirolog Don't know. Could try and see if it works.

Step One: Take a Rokk from the Orks.
Step Two: Necronize it visually and in terms of weapons output.
Step Three: Rename it "World Engine".
Step Four: ???
Step Five: Profit.

@romeo Haha - no- just no. But a funny thought atleast.

I did give some necron ships Zzap guns last night to try it out. Didn't fit. Some chaos weapons actually look pretty "necrony" with the necron skins on them though. But red beams look like shit on necron ships.

Well, the idea for a BB in VI was to give a Carin more lances and a powerful shield.
Would be more expensive, but would do more True DPS and have superior durability.

@caliger_reborn That sounds interesting. Especially since that would also make it harder to take out with bording etc.

@skalgrim-fellaxe Oh boarding any Carin is a nightmare, this on would just be especially bad.

So, I'v gotten the Carrier Cairn to work as intended. But can't change the display picture from the cruiser class I'v converted. Anyone here that knows a solution that doesn't involve editing the PAK file?

last edited by
A
A
Ashantai Reply Quote

How about a battleship with an even longer range than the Cairn...but fewer weapons? Usually one wants to get in close to Starpulse or lightning arc, but if you had a battleship which could stay at range and surgically crit and dismantle enemy ships whilst your other vessels got in close it could be worth it.

@ashantai This is kind of the route I went with for the first BS that Im 90% done with now.

Its a "Titan class" Cairn that Im calling a Cairn Annihilator. It has a unique long range (20k) and very powerful particle whip that, while it don't penetrate shields, does an amazing amount of damage (825), but at a slow reload rate. (20 sec)

This beast will be the terror of the stars. 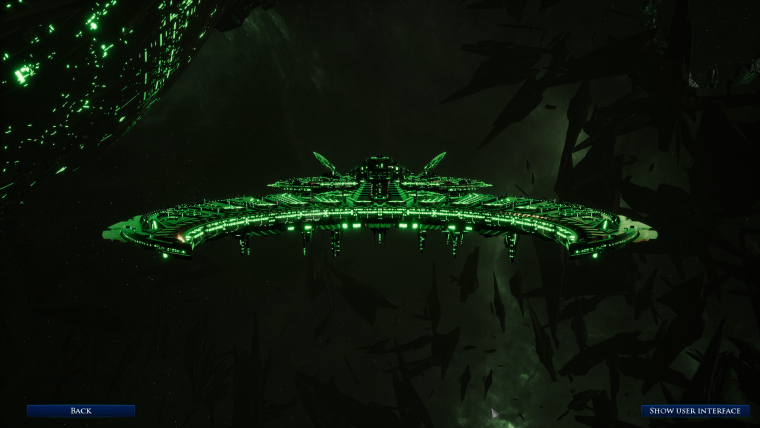 Also, as a sidenote, I plan on making "titans" or new Battle ships for most factions.

This is amazing. I bow to your skill.

I find it funny that a simple guy, well, not a game developer was able to make a new model from two ships, and developed still can not repair model Repulsive and Exorcist

uhhh....new necron titan's 'defensive particle whip' is quite overpowered and not enough feeling as superweapon. what about this weapon use as skill? like a cutting beam on demiurge ships, and nova cannon on imperial ships.