The M16A2 needs to be buffed.
This topic has been deleted. Only users with topic management privileges can see it.

The M16A2 is just the bad version of the M16A4, you can't put sights on it and it even has a little lower firing rate if you spam. To make it fair that it can't use sight it should at least get more damage so people start using it, the last time I saw someone playing this shit gun was a few days ago in a COOP server and a level 5 guy played it. Semi experienced players will know that there are just better options.

So The ironsight is bad, it has a little less fire rate than the M16A4 and can't use sights, at least give the gun some better ironsights and more damage.

everything needs to be buffed

It's working as intended, doesn't need to be buffed in any manner, you can just pick another gun if you think it's bad.

I think every weapon should be used and out of all weapons I almost never see an M16A2.

@mainfold If the M16A2 has so many disadvantages to the M16A4, the M16A2 should at least get something thats better than on the M16A4. 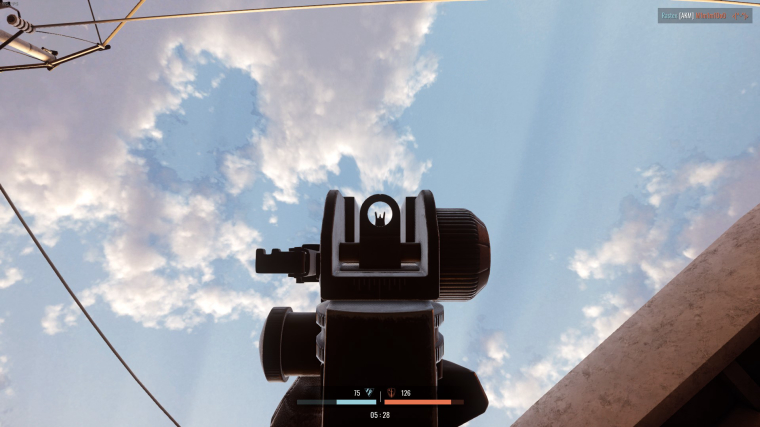 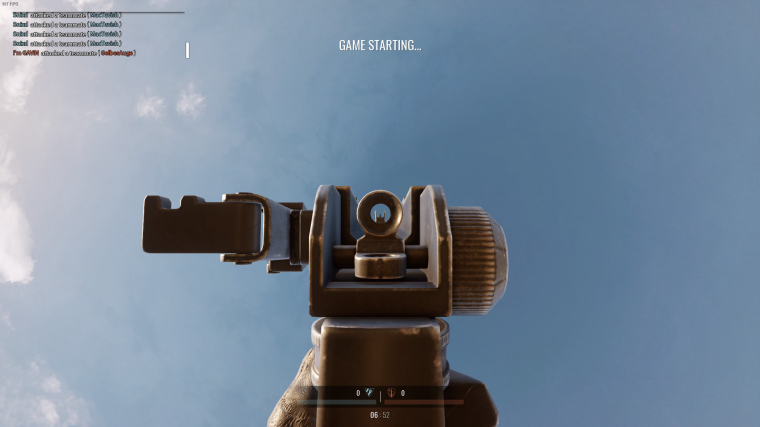 @zayzek Yeah, that's because the M16A2 has the sights flipped down to the long-range zero. I'm not exactly sure why.

I think the A2 is aight. Seems to be more of a medium-to-long range weapon for the Insurgent faction. It also has its own scope, the 3x A2 scope, that's pretty damn good IMO. I love that the zoom is in-between the 2x and 4x scopes, as often you're at a range where 2x becomes tricky to aim, but 4x zooms in too much.

One thing that makes it scary, though, is that you can drop the A2 for nearly any Security 5.56 rifle and use your magazines (since they're STANAG mags).

If the M16A2 has so many disadvantages to the M16A4, the M16A2 should at least get something thats better than on the M16A4.

Also, I disagree. Not only do the Insurgents get a budget version of the M16A4, but they also have their own 3-supply gun, the AKM, on top of that.

Security only has the M16A4 as their only 3-supply primary weapon option. Anything with full-auto fire costs 4-5 supply.

@marksmanmax having a budget A2 is still bad, looking at this 1 point that you get instead of getting an AK, its pretty worthless, the AK is better in almost every way.

And I just think every weapon should be used, so there is no AK, M4 meta or something like that, the A2 should be as viable as an AK, that extra point doesn't do any difference on the fact that the gun isn't beeing used because of all the disadvantages

I agree that the iron sights are terrible, but that's it.

the A2 should be as viable as an AK

No, the A2 is not meant to be equipped in equal numbers. It's a rare longer range weapon option.

If you're looking for a long-range weapon, but you don't want to use the FAL (maybe for weight or recoil reasons) the M16A2 is your best bet. The AKM fires a bullet that drops off at range, and while the AK-74 fires 5.45 and technically has better performance at range than 7.62x39, it's not by much. Overall, 5.56 has the highest velocity (and therefore the longest hitscan range) for all Rifleman primary weapons.

@marksmanmax What about the SKS then?

@marksmanmax What about the SKS then?

Fills the same role, except the SKS is only usable by Advisors now. I think it does have better range than the AKM, at least, but it's 2 supply and only has semi-auto fire.

@turyl the M16A2 needs an even bigger buff than every other gun lol. Giving it optics should do the trick

@mainfold If the M16A2 has so many disadvantages to the M16A4, the M16A2 should at least get something thats better than on the M16A4.

The M16A4 is the 10 years newer version of the M16A2, if the new and improved model is worse than the old one in some way, that'd be a bit weird. Besides, one is for security the other is for insurgents, I don't see why they need to compete with each other.

Iron sights should be the same between them, there is no difference in real life. In game one is just using the long range aperture on the sights, intended for 300+ yard engagements, which is dumb since we don't shoot at those ranges in Sandstorm and they can't model the sight aperture correctly anyway.

Yes, the A2 model has shit options for optics. That's realistic. There's a handful of optics designed to mount to the carry handle, but they're super limited. It'd be interesting to see something like the Trigicon Reflex forward mounted sight in game, but they were never common and I don't know how they'd get in the hands of insurgents. There is a rail adapter for the carry handle that'll allow you to mount anything, and it works alright for 1x sights, but the super long HOB causes some pretty decent zeroing issues, especially with longer range magnified optics.

Since you don't seem to be getting the basic concept of why the A2 is the way the A2 is, it's going to be hard to make you understand why the devs have put it in with only long-range optics if you can't even grasp it being supposed to be a side-grade option for the Insurgents that desire its specific function.

Insurgents have options that are both cheap and arguably the best guns in the game overall, so the M16A2 isn't supposed to be your "go-to" weapon for close quarters or even close-to-mid range. It has two distinctly popular uses in the game:

This allows you to use the supply points for other things, rather than kitting out the A2 if you think it's not satisfactory (even though it's really freaking good at range when used in a DMR type of role, extremely good for tracking running targets at range), so regardless of opinion on the matter, the M16A2 is working as intended.
Sure, the devs could give it something like carryhandle-mounted rail and then optics on top of that, but they'd then have to design around the increased centerline shifts and account for even more factors like line-of-aim and barrel-line for obstruction.. it would all be unnecessary extra work for the devs just to address something simply because you're not willing to accept that it has a different use than the A5 does and want it to be more modular or affect it's ballistic performance and whatnot..
The ballistics are not to be touched, they are based on physics and working as intended, this is why you for instance shouldn't use the SCAR-H (as it performs ballistically the same as the AKM) if you want ballistic performance but rather use it for the other benefits such as the reload&controls benefits it has over the AKM.

Save yourself the headache and just abandon your desire for changes to something working as intended, and instead complain about things that aren't realistically implemented (i.e; like how many complained the M249's recoil was irrationally bad as the real life gun hardly moves at all, etc).

The only thing that's wrong with this gun is the aperture sight, really... It sucks, and that's the main reason why people aren't using it more often. Fix that and the weapon is great.

The only thing that's wrong with this gun is the aperture sight, really... It sucks, and that's the main reason why people aren't using it more often. Fix that and the weapon is great.

Yeah. Don't really know who in their right mind would use the long-range sight in CQB.

@grumf @marksmanmax In bright daylight the smaller aperture sight can work great at close-medium range. But damn, the way it's rendered in Sandstorm with a larger hole than reality and a hard edge just looks so bad. I get that they're trying to differentiate the rifles from one another, but if they can't get blurring to work on the 3D sights, they should just use the 0-2 aperture on both.