Why does The L106A1 Exist?
This topic has been deleted. Only users with topic management privileges can see it.

The Glock PF940 is better in every regard. 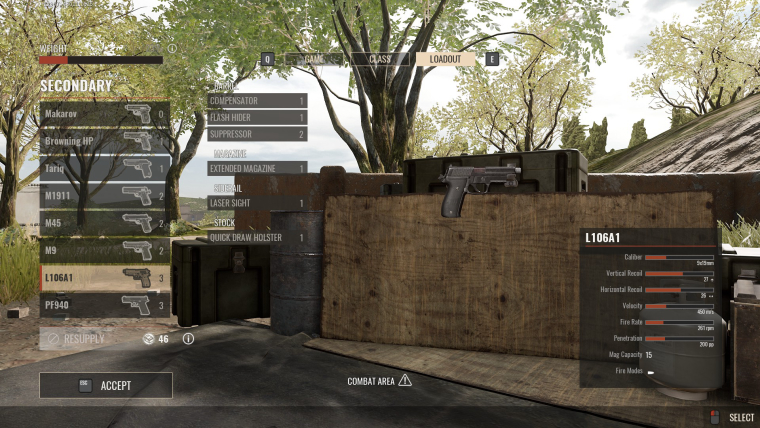 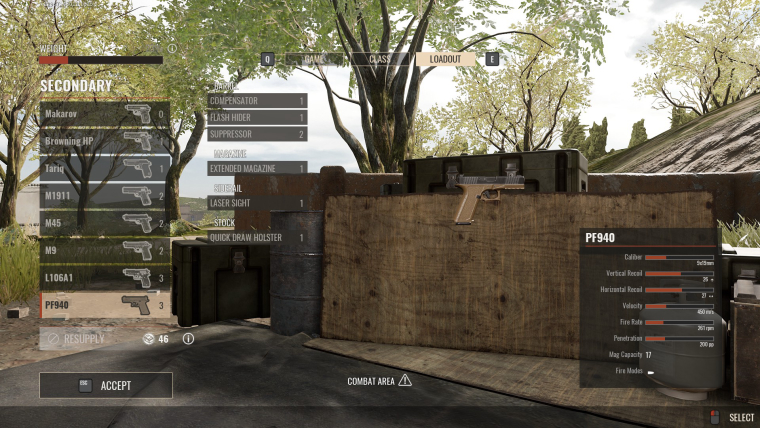 The PF940 has the same velocity (somehow), fire rate, penetration, and caliber, and has better magazine capacity and sights. Recoil is basically the same, really (the Horizontal Recoil for one pistol is the Vertical Recoil for the other, and vice versa). The L106A1 has literally nothing going for it.

Back in the day, the PF940 (which wasn't called the PF940) had slightly less velocity than the M9, while the L106A1 had 450 m/s still. Now, the PF940 has no Insurgent counterpart and is undeniably the best handgun in the game. It's insane.

At least make the L106A1 or PF940 cost two supply (so Security gets a 2-supply 9mm pistol), nerf the Extended Mag cost for the PF940, and nerf the fucking velocity of the damn Glock lookalike (and possibly the L106A1, if the cost is lowered, also, how does the L106A1 have more velocity than any 9mm SMG with longer barrels?). It has a shorter barrel than the M9, so how in the hell does it have 70 m/s more velocity?

I'm fairly certain that during the beta the extended mag of the glock PF940 cost two supply points as it made the gun more powerful with the 31 rounds vs the max 20 from other extended mags for the other pistols. That should come back to be honest.

And to answer your title question... I guess it exists as an option. A little more variety even. Something you can throw on next to your L85 (or whatever it's called in the game) and run as a "Brit operator" (which reminds me... we need more variety in security voices). If it wasn't in there, people would be raging about the lack of pistols in game to choose from. I would rather ask the question of WHY GOD WHY does the tariq exist in game... what a useless pistol that is. Looks like a reskin of the M9, assigned to the wrong team and does exactly what the makarov can do only the makarov does it slightly better (actually they're both nearly useless and need a buff).

Also, it'll never happen, but I REALLY wanna see pistols in general do more damage. Right now it's almost worth reloading your long gun every time simply because pistols are weak as fuuuu.

@eastclintwood You're right. The Ext Mag did cost two supply previously. However, the Glock PF940 actually costs two supply then, so technically it costs the same (although you had 33 rounds and not 31).

L106A1 is still an option, but IMO every gun in the game should have its own purpose; its own gameplay-related reason to use them. The L106A1 used to have one, but now it doesn't because it can't do anything the PF940 can do better, with more ammo and a 31-rounds mag for the same cost of the L106A1's 20-round mag.

The Tariq is stronger than the Makarov and can two-shot someone with no armor. It also has better sights IMO. Of course, the Tariq costs the exact same as the Browning Hi-Power, and the Hi-Power is objectively better than the Tariq in every way.

Pistol damage actually isn't that bad. In CQB, it's 2-3 shots maximum. I'd love an increase, as well, but I don't want to make pistols more viable than primary weapons (like they kind of were in Ins2014 lmao).

I think the recoil on the L10 is different, and the other difference is a small one but could be significant to some players; iron sights. In my opinion the L10 has better iron sights and could be more useful in an intense and pressured situation.

@maa_bunny Nah, it was 2 supply, as well as two for the Ext Mag.

I disagree with OP.

I think that the L106A1 provide (coming from 1000 hours of game experience) superior performance. Easier handling and superior vision in "pistol situations" due to the fact that the iron sights are thinner horizontally. The PF940 has bigger ammo capacity but that is about it really.

@MarksmanMax
http://www.americanspecialops.com/special-ops-weapons/sig-p226-p228.php
The P229's L106A1's muzzle velocity is accurate, but the glock 19 PF940 seems to have a lot faster muzzle velocity than the real one.
I like the Sig, although I don't really use it, since the M9 gets the job done with it's 15 round mag, or the M45 if you want to turn people's head into salad.

@sgt-kanyo The M003 back in the Beta had slightly less velocity than the M9, which made way more sense than the current one.