Issues with disengagement descriptions
This topic has been deleted. Only users with topic management privileges can see it.

There's nothing wrong with the disengagement animations, which are quite nice.
However, the test for the various factions' disengagement commands are not accurate.
Below are pictures of three fleets where this is an issue:

The Tau were able to duplicate the warp drive of the alien ship but the initial test flights were
disastrous. Achieving transition to the Warp required more than technology, it required psychically attuned minds and the Tau race boasted no psykers. Without them to guide the transition no amount of power could breach the dimensional barriers. The best the Tau could do was make a partial transition, forcing themselves into the void that separated Warpspace and real space before they were hurled out again like a ball held under water
then released."

It should be noted that the Kroot, Nicassar, and Demiurg ships do in fact posses warp drives. Unlike the T'au, these races posses psykers.

INERTIALESS DRIVE
Necron drives are capable of interstellar travel
without the need to enter the Warp.

DISENGAGING
Necrons will always prefer to disengage than
fight to the end. They do this by ‘fading out’, the
vessel in question dematerialises and drops out
of normal space.

They also possess Dolmen Gates, but in the lore these are static limited structures and cannot be generated on the fly. The general interpretation is that Necrons utilize one technology or another depending on what the Tomb World actually has in its possession. In Imperial Armour XII and Shield of Baal: Exterminatus, inertness drives are directly mentioned as a means of escaping or combat.

The disengagement description sounds more like the Necrons disengaging and fast traveling through higher dimensional shortcuts, similar to how Flayed Ones can simply appear out of nowhere. These are generally called "phase shifters" in the codex. The game's disengagement dialogue also correlates to this idea, by proclaiming "phasing complete" when performed.

What I'd like to see are icons and text description that correctly match the lore behind these ships. I'm also not a fan of the current Necron disengagement icon. 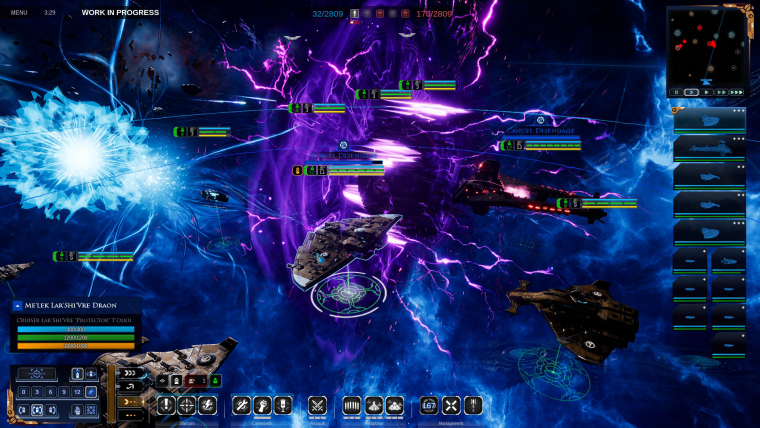 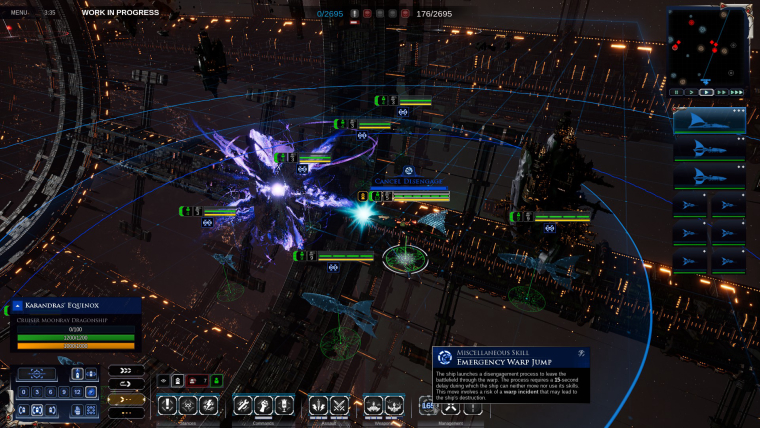 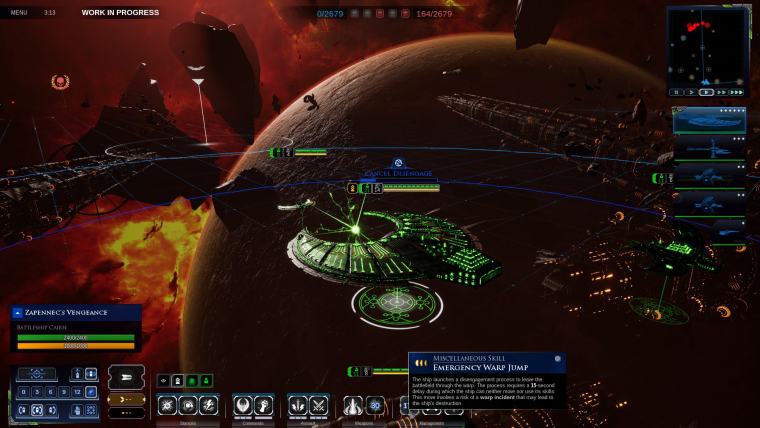