Tyranid fliers way too much HP
This topic has been deleted. Only users with topic management privileges can see it.

5 capital ships with brace for impact on. Just exactly 10 of those fliers. 0 defense turrets left. Come on now you can do better than this.

first time i encounter game breaking balancing like this. so good job until now! 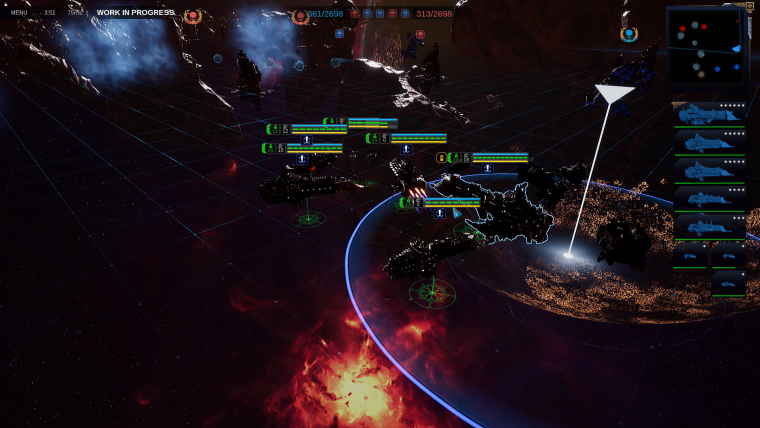 not just nids
and not really hp
its all interceptors dodge chance, especially in large numbers
can be done with all factions if you go all out carrier
but i agree interceptors die too slow currently
i suggest making them more fragile, but lower their engagement time so when deployed smartly they can still survive the return trip
wont fully nerf carrier builds but slow them down and require smarter use then just spam interceptors until no turrets left

just made a tyrannid fleet today and the harpys are insane, you just identify the enemy and send all your harpy swarms out and he cant do anything, after all turrets are gone you just send boarding flyers and win.

last edited by
B
B
Bould Reply Quote

I'm very much starting to believe the easiest way to balance this is going to be assault ships can't bypass shields (basically like an ultra long range lightning strike, which is basically what they are)

Some other food for thought if that idea doesn't take your fancy :-

Fighters having 50% reduced efficiency vs something with shields currently up?

Brace stance effectively doubling the crew value on a ship?

Reducing the speed of hulking/ allowing supporting ships to lend their crew via friendly boarding actions?