Strange Memory Leak after Crash
This topic has been deleted. Only users with topic management privileges can see it.
R
R
ReaperIsRollen Reply Quote

I'm really enjoying the BFGA2 beta so far, so many improvements over the last game, this is what a sequel should be.

However it is a beta and I experienced a weird crash, it didn't trigger a bug-splat unfortunately, so I can't provide that.

I was making a space marine skirmish fleet in the fleet builder menu. I had just added 2 Battle Barges and a Light Cruiser to the roster (Don't judge me), I then went to the fleet viewer to look at the ships in their glorious detail. Clicked through the ships pretty quick till I got to the Barges looked at them for a minute, and switched back to the fleet builder menu and there the game slowed down, and then froze with a black screen.

Not to crazy, it happens, what got weird was when I Crt Alt Delete to get my task manager, I saw a Battlefleet Gothic process with its ram usage inflating rapidly, see pictures below, I ended the task fine in windows task manager. I'm not sure if the memory leak was a symptom or the cause of the crash or if its repeatable yet, but I figured I would share this regardless.

Please excuse the awful picture quality, I had to be fast to grab it.

About a minute after crash: 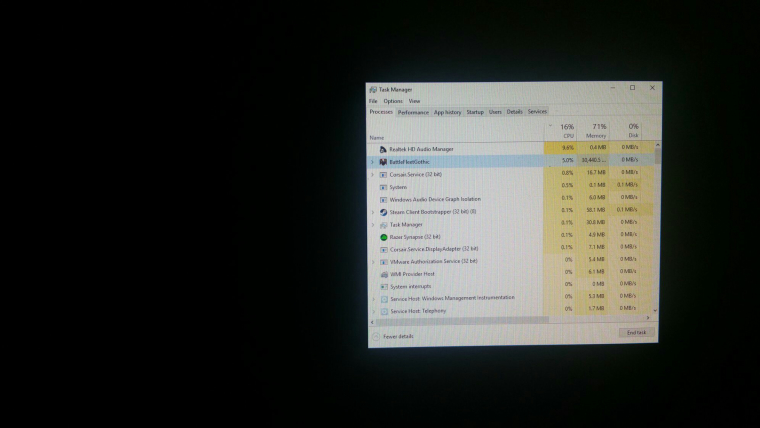 A second or two later: 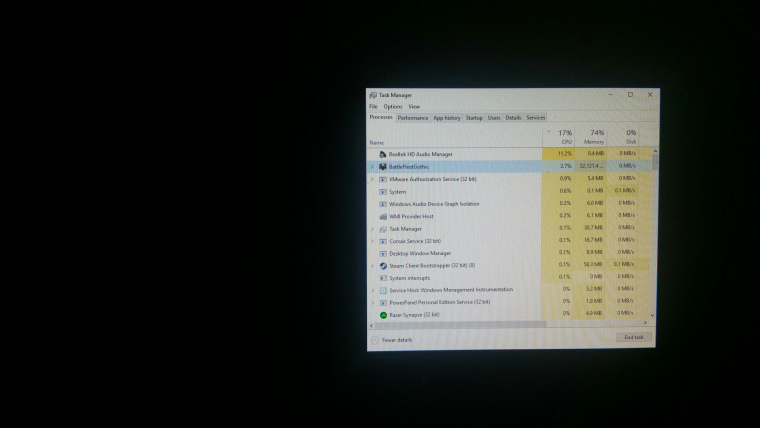 last edited by
U
U
UREJT Reply Quote

I also have massive memory leak problems with this game. Sometimes, when iam in custom fleet screen of SM or Necrons, game freezes and rapidly fills RAM to the max. If game is not closed via task menager, computer freezes.

Fix asap plz, because those crashes are annoying and will makes most ppll quit this wonderful game.

It seems to happen in the Battles Menu as well... I was getting this while making Space Marine fleets and getting out of matches as well...