A Plague Tale: Innocence Devblog – The Rats (Part 2)
This topic has been deleted. Only users with topic management privileges can see it.

Welcome back to our devblog series! We’re unveiling a wealth of details and info about the making of A Plague Tale: Innocence, Asobo Studio’s upcoming adventure game coming 2019 to PlayStation 4, Xbox One and PC. Today, we’re excited to share more info about a “protagonist” that you can’t miss in our game: the rats!

Let’s welcome narrative designer Sébastien Renard to cover the creation of the rats in A Plague Tale: Innocence, as well as the many challenges the team had to face during development.

Our original intention was to tell the story of two kids confronted with something that will change them forever. It was the actual starting point. The medieval setting asserted itself naturally: it’s dramatic but exotic/unfamiliar, it’s brutal and crude.

Here at Asobo, in Bordeaux, France, we are physically surrounded by the remains and the scars of this period. It was the perfect setting in fact: the war, the tough unsophisticated life... it’s an emblematic historical period that gives us plenty of conflict and strong material to work with.

The idea of epidemic events based on the medieval beliefs came up with the Black Plague contemporaneous context. Exploring this with innocent children like Hugo and Amicia was emotional and strong. It was the kind of journey we were ready to tell. Being overwhelmed by thousands of rats was a technical challenge but it was freaking awesome and visceral!

The Representation of the Rats

We’ve quickly gone from a bunch of tiny rats to a massive living entity threatening Amicia and Hugo! The beginning of A Plague Tale: Innocence takes place in the autumn of 1348, almost exactly the moment when the epidemic reached the South-West of France. 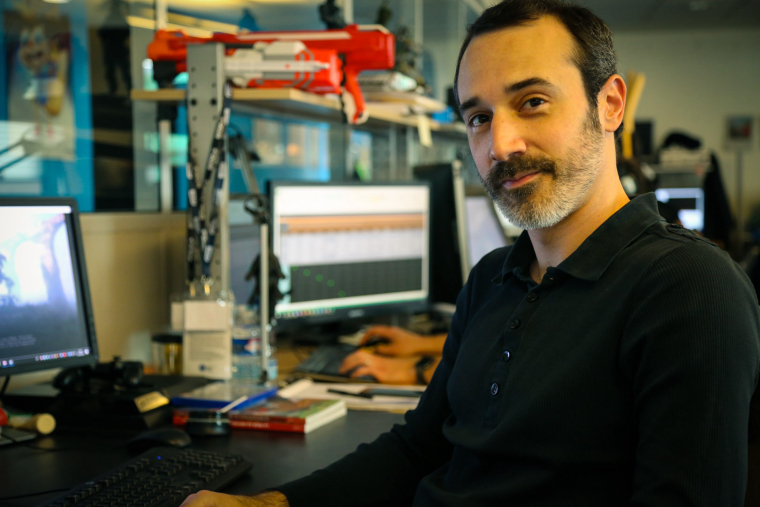 We’ve quickly gone to a massive living entity threatening Amicia and Hugo because we immediately saw how we could use them both in terms of gameplay mechanics and narrative twist. Visually, it has a terrifying impact even on adults. In terms of narration it was also something we could use to raise the tension gradually and with a powerful lore behind.

The rats arrive in the game as if they had always been there, underground. The earth suddenly opens its gates and releases the terror. It’s a similar narrative development to that of Alien or Jaws: everyone knows the threat, but the tension is about when it will be unleashed.

The rats are a natural force colonising the world and breaking the balance. As a blind threat, they attack both the protagonists and the Inquisition, allowing players to turn them against their enemies.

Interactions between the Rats and Protagonists

The rats are a threat at the beginning of the game, or at least the characters see them like this. An underground threat invading the world around them that seems to be, after the initial shock of the first encounter, a familiar terror. One they can understand how to fight and escape. Rats fear the light, they stay in dark corners and night is their domain. 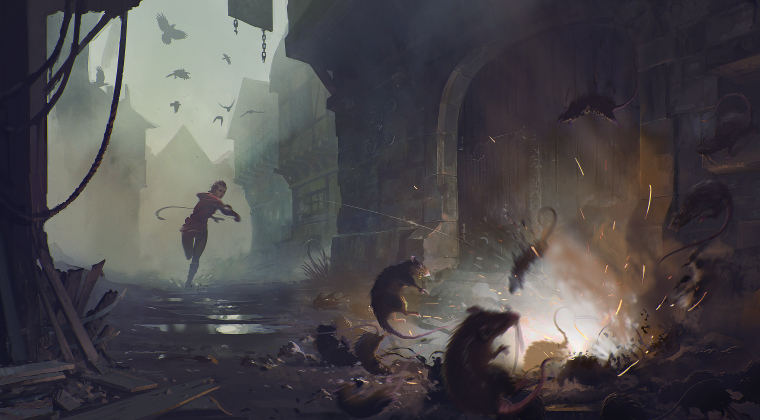 The gameplay relies on the alchemy between these various elements: how to push back the rats through fire and lights and use them to counter other threats while staying careful as they can still eat you in the blink of an eye!

The inspiration for the rats in A Plague Tale: Innocence

We looked for a lot of references before we realised it hadn’t been documented that much. Rats are part of the european background, especially because of the plague, with which they’ve always been associated. They’re always seen as a threat in western societies. However, in Indian culture for example, they’re seen more positively. But they are always considered as smart animals, fast learners, and with a frightening team effectiveness.

For the visual sources, we did not find many references even in the film industry. Some movies managed to use rats or other vermins as “waves” and hordes, but we wanted to explore our own vision. Something like a fluid, a force that is out of control, unnatural but grounded - not magic. 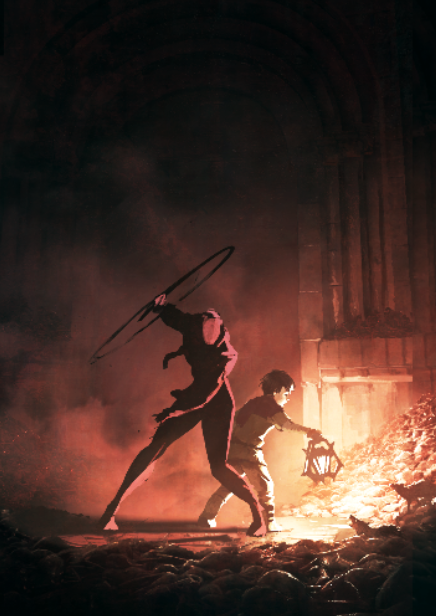 There has been plenty of funny things that we’ve come across throughout development. Or at least, they now make me smile, but it was far less fun for the programmer team in charge of fixing them. I’ve recorded a video of a group of rats playing animations by standing on their legs and looking from left to right. It looked like a choir!

I believe we’ve designed a credible entity that is one of the main characters in our tale, and I’m really proud of what our team has achieved.

I was thinking, how do you develop a story. Could I say that on one end of pole are children and on second are rats? So, they are a main antagonist or "just" an element and only people have such meaning in your game?
Good luck!