Reworks and Ideas
This topic has been deleted. Only users with topic management privileges can see it.
F
F
FireSpawner-LIVE Reply Quote

Reuploaded for everyone to see.
The original was posted on the Sandstorm Pre Order Beta.

I know this is the time for bug reports and such but playing this game makes me very excited for the future and possibilities this game has so I wanted to suggest some content and ideas that would be fun to see in the future while working with we got currently. I've already played nearly 30 hours in the span of 3 days, the game is fucking amazing.
That being said I hope some issues with the current build can be addressed such as:

Currently, I think all bullets spawn from where the round is chambered. This is a great attention to detail but that being said this makes sense for most weapons but not with things like the RPG. The RPG's explosive head starts towards the end of the barrel not the center.
With this minor oversight the grenade spawns in the center and not where it's visually at in the barrel so I end up dying because of this.

Example: My chest is against the wall while the barrel and the missile of the RPG is slightly poking out from behind said
wall so the grenade spawns in the center of the RPG, shoots forwards from my chest and then explodes on my cover killing me. 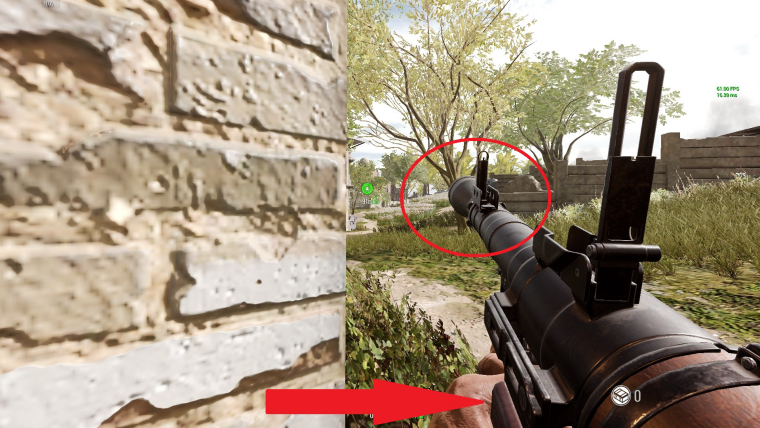 I don't know if this is a network issue because when I tried it on the Local play and it didn't kill me. I usually get 50-70 ping so it's not lagging on my end.

SUPPLY POINTS
I know I wrote Supply points at the top but this section is mostly aimed at pistols and their weird costs.

The Makarov is back to being cheap and affordable. Thanks for listening to us on this New World!
But all of the other weapons cost way too much for the same or "worse" performance.

The Browning HiPower and the Makarov beat all of them.

With the Makarov costing 0 SP, it gives you the option of buying the extended mag, compensator/flash hider. etc for the same cost as the standard M9/M45/1911. So you now have a decked out Makarov for the same price as the other standard pistols. You may not have as many bullets in the mag as the others but it's fully kitted. 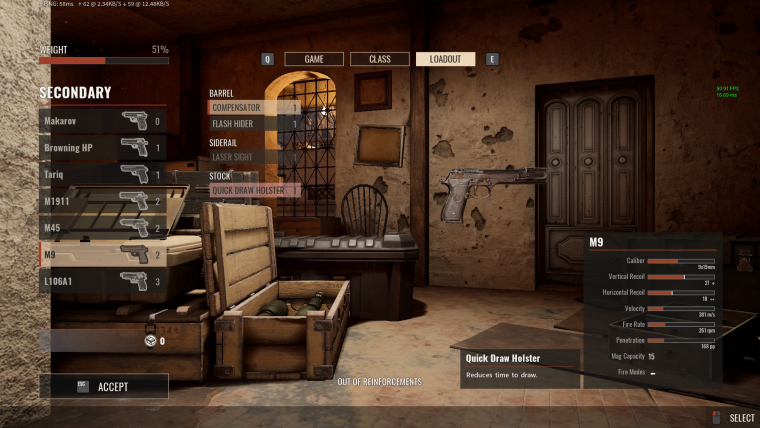 The Tariq feels so out of place with it being in between the Makarov and the Browning in cost. The Tariq has a standard 8 round magazine but it costs 1 SP? Shouldn't the Security have this as their Makarov therefore making it cost 0SP?
The M9 returns but it's on the Insurgents side? Why? And the .45ACP guns are still bad.

The recoil is a lot more manageable so it's good in that area compared to Insurgency but the cost still isn't worth it.

They (the M45&1911) cost 2SP for 7 rounds, you can buy the extended mag for 1SP, Compensator and Flash hider cost 1 each, Quick draw and the laser sight (I hope you're not using this in PVP) costs 1SP.
So compared to other guns:

This is really weird compared to the 45ACP guns:

Did I forget to mention that the other guns weigh less?

The P226 and M9 are in a weird spot when the Browning beats them as well.

So you have 5 guns that aren't even worth using when 2 that are Insurgent locked beats them.

What's the point of adding in these weapons when I can just not use them?

I don't want to see the Makarov become expensive to counter all of this but the other guns need love too.

Hopefully, I would like to see some sort of a rebalance for all of these weapons.

The classes are great but I wish there was class and armor specific customization.
And by customization, I mean different looks and perks for being a different class.

Lets start with the visuals/customization.
If I play a Sniper in heavy armor and heavy carrier, why do I look the same as a Machine Gunner in the same kit?

The Marksman (and others) have this huge ass backpack when you select the heavy carrier but he is only carrying 40-50 loose rifle rounds.
The same can be said for the shotgun rounds when playing Breacher.

I have to carry this big ass backpack that slows me down way too much just to get 48 shotgun rounds. I know that's the risk and reward of having more ammo but maybe you could increase the amount each carrier has JUST for specific weapons?
So as a Breacher or Marksman I would get more loose ammo at a lower cost.

How big of a backpack is needed just to carry some shells and loose rifle ammo?

Moreso on the topic, as a Marksman I'm visibly fucking huge due to my backpack making up fifty percent of my outline.

They look great and all but shouldn't the ammo I'm carrying, the level of armor I'm wearing and the class I'm playing reflect the visual look of me?

How can I sit back and snipe when I'm so damn visible? I'm only carrying around 40 shotgun slugs but I have to have this huge ass backpack? Maybe a smaller backpack something similar to the light carrier if I'm carrying something small like C4 and a flashbang?

I understand that if this were applied to the class as whole, it would make some classes be overpowered because you would visibly be smaller and harder to see/shoot back at but if you only apply this to weapons that didn't take magazines, it would be balanced. In this case, the Breacher class' ARs and SMGs, the Marksman's DMRs and non bolt action sniper rifles.

Perfectly balanced as all things should be

The Gunner on the other hand makes sense as to why he has that huge backpack. Those box magazines aren't going to teleport into his hands.
But there is still a problem with the gunner.
With him being restricted by his gun's movement speed, why isn't his armor cheaper? With him being the big gun of the group, he should have the option to be better armored. Maybe a face shield option? 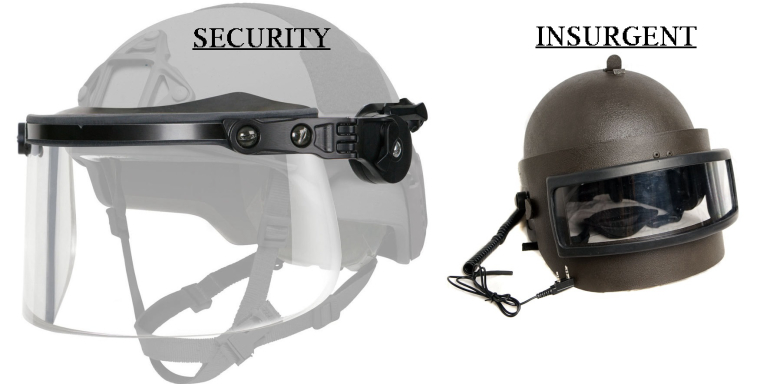 For balance it could only stop ricochets or small calibers such as the pistols. Just a suggestion.

I think it would be nice when I select the 3 current kinds of armor; No Armor, Light Armor and Heavy Armor the character would cycle through premade customization options.
So if I am unarmored I would visually wear no helmet, light armor I wear something a little more durable but when heavy armored I clearly have a good helmet on.

This could be Security only so it wouldn't be too much of a problem for the Insurgents.

To add class specific perks, currently when rigging explosions at caches, the Demos and Breacher class do not have a faster arming/rigging time.

It's such a simple thing to add. I was actually expecting it to just be there when I tried rigging the cache for the first time as a breacher.
I even tested them.

All of these look and sound great. Very excited to see the Glock come back but it makes me wonder about the future. What else could we see for weapons? How would they fit in the menu? It's already really crowded.

I was disappointed to see the removal of the long barrel and heavy barrel.

I was also wondering if there were any plans for magazine modification outside of them becoming extended.
Maybe quickdraw mags for faster reloads? Or polymer mags for lighter weight? 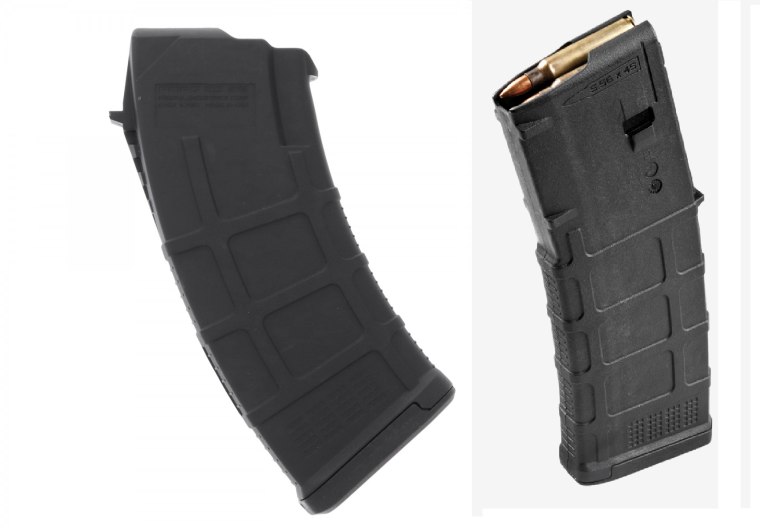 My personal recommendations are the M1A Socom as a cheaper version of the MK14 EBR, the M110 as a more expensive choice for the M16A4, and the HK417 (might as well add the HK416 since they're practically the same gun just different calibers) for Battle Rifles for the Marksman, Advisor and Observer class.

The RPK needs to be added to Gunner class, this could any version of it; the RPK74/M
or the RPK16.

I would like to see it return or added because the Gunner class needs something with more maneuverability.
Preferably it would be the RPK74M.

Curious as to why the SCAR-L hasn't been added; it sports a similar model to the SCAR-H and it could be a quick and easy addition to the game for little effort.

Regarding RPGs i think the colision boxes for the RPGs are rather large, hense them blowing up in your face.

Handguns have always been oddly expensive, idunno if they need to be anymore than 2 as a base, even though most of them do the same job, are a second resort, run out near instantly, and die empty because you picked it up off someone else's decision to grab one, saving you up to 5 supply points anyway.
The p22x and m9 probably sit there because of their boastful capacity in comparison to half the amount with extended magazines.

Helmets as armor would be a nice touch, but they dont provide any benefit and havent in the series anyway. That and using armor would sadly nullify any cosmetic headgear you wanted to show off.

Regarding demos, their perk is using explosives anyway for caches. If you're missing your plastic for such situation, I would suggest adjusting those points.
Also Rigging caches should probably be treated as your absolute unfortunate last resort. Caches can be cooked with fire throwables, and is the second slowest method, but it's still saving you from all that time rigging.
Breachers are the frontliners who push first. Hence the close quarter SMGs and shotguns.

More magazine options would be great. But if you were to boast something a little more situational, maybe quickdraw or polymer magazines that are faster for the swap-reload rather than the dumping reload? Especially if it only would cost something like one point.

RPK would be a nice addition, even if it isnt sported as an actual LMG (drum mag, bipod, etc), but still enough for it to stand true to the class it would be available in.

SCARL and SCARH would probably perform too similarly. But i mean i guess there's three AKs so why not.