Possible way to balance machine guns
This topic has been deleted. Only users with topic management privileges can see it.
T
T
Tooth Decay Reply Quote

A little hard to explain so I tried to make a picture describing it the best I could. Basically your gun lags behind where you're pointing as you turn. 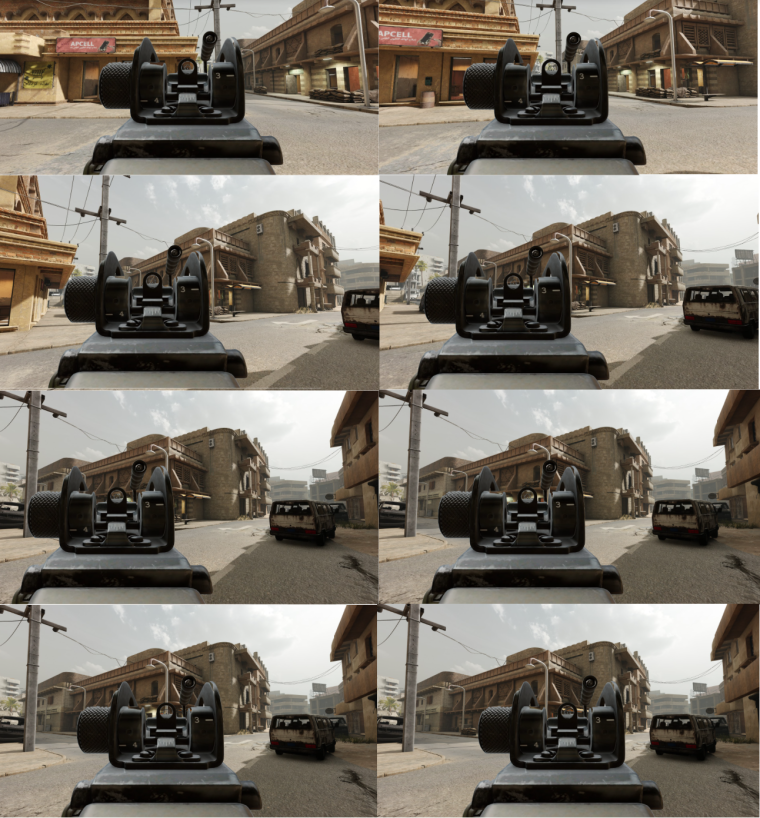 Personally I hate how they increased the recoil so much on machine guns, especially horizontally. Realistically the issue with machine guns is not their recoil, but their weight and bulkiness, which makes them too awkward to room clear with. I think this solution does the best job at mimicking their weight, and would really discourage people from wanting to use one in tight areas. On top of this I believe machine guns should have much more sway and a longer ADS time.

I also think it's worth considering implementing this for all guns to varying degrees, with pistols, submachine guns, and carbines being the most responsive. It could add another dynamic to balance out different guns, since there isn't really that much difference between an M4 and Mk 18 in this. However, I do understand that this could make the game frustrating and feel very unresponsive in general, so I do want to be cautious with considering this.

This reminds me of the ins 2014 issue with the SAW having manageable recoil when not deployed with a bipod .... this was before it was hit with a sizeable recoil increase. People used it as an assault rifle at times because of how "reasonable" it was. There's a few ways of discouraging this sort of thing. NWI went with the high recoil if not deployed route in ins 2014, and also added another good restriction in DOI (you were unable to ADS unless deployed with a bipod).

Provided it's tested proper this looks like another viable solution to avoid the assault LMG problem from ins 2014. The pics helped a ton in visualizing this.

I'd like to have the MG be overpowered personally (although with a notably longer ADS time), but the point cost upped so it's the only thing the guy carrying it can have. It feels strange to me for example than the heaviest 5.56 weapon has the least manageable recoil.

@whitby No, I don’t think that would really solve much. The issue I see with machine guns is that while they’re supposed to be set up to suppress the enemy and support your team, theyre often used to run and gun and room clear.

Run and gun I agree shouldn't be a thing. There needs to be a sprinting / ADS relationship which just prevents this being viable. Room clearing? Seems fine to me.

Yeah, the MGs have way too much recoil. Making them sluggish and heavy by reducing the ADS time and the maneuverability of them would be a greats solution for balance.
Of course they need recoil but the M4,MK18,M16A2/4 and the M249 fire the same caliber and I can full auto with one from a standing position but not the other. Feels weird. Same thing with the Mosin Nagant, SVD vs the PKM. I can comfortably shoot from a standing position but the recoil on the other feels uncontrollable.