[Feedback] Necron teleport balance
This topic has been deleted. Only users with topic management privileges can see it.
P
P
PointDexter Reply Quote

For the Necron race in the game, distance is everything. The ships however, aren't mobile enough to avoid ranged weapons spam- i.e. torpedo, lasers, bombs, things that other races can unexpectedly handle without crippling their capacity to defend themselves. In order to avoid getting bombed or rammed or any other of the nasty thing that shields tend to protect against, Necrons instead have to rely on avoiding damage and repair. If they use their teleport to avoid once obstacle, it's immediately used up, where as other races have the combustion gauge that allows them to spend a resources to deal with obstacles appropriately. It's over kill to use teleport to avoid a bomb or torpedoes, but the Necrons usally either have to take the damage, or expend what is essentially their life line against being overwhelmed by their enemy.
I'd like to recommend that if the devs could rework it into an ability that uses resources, like the other races combustion, proportional to the distance jumped it would greatly benefit balance.

I definitely agree with PointDexter, perhaps you could just use the same combustion gauge system and have the teleport just remove at chunk of the gauge at one time? The exact number of uses length of the full cooldown would require some tweaking but I think it would probably work well for everybody once properly balanced.

@pointdexter As a Necron player, I get what you're saying. But! I think is one of those things we might have to live with. Every race will have their weaknesses and that's probably ours. I will point out that we do have fighters and our star pulses to wipe out torpedoes and fighters but this is ineffective against things like statis bombs. But like you said, you use them up and we got nothing else. Its something like 80 seconds + recharge time on the jump and star pulse and our fighters don't follow the ship (WHICH THEY SHOULD). Perhaps that's the answer, to make our fighters follow their ship instead of one place as a way to even it out. 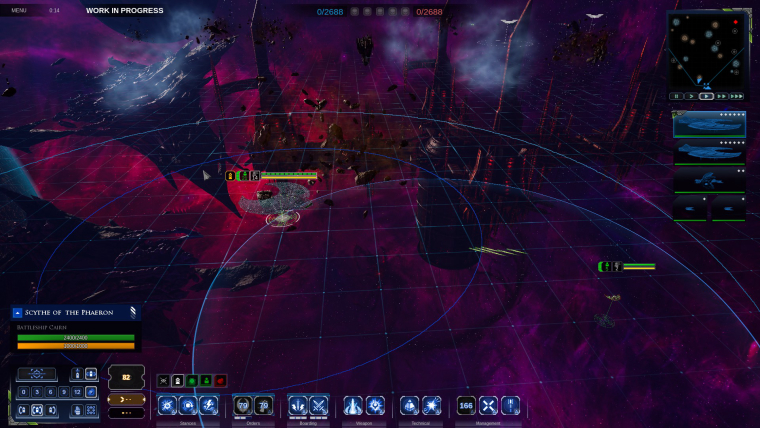