Bullet trajectory / Barrel alignment
This topic has been deleted. Only users with topic management privileges can see it.

I believe that the bullet come out aligned to the iron sight and not the barrel (I've not tested this with every weapon), This cause headpicking advantage where you barely see the head of a player behind cover but he is able to shoot you eventhough his barel is not pointing at you but still behind the cover, only the ironsight needs to be in line with the target.
I know this is a problem that is way more complicated to fix than it sounds and is linked to the 3rd person model, Bullet actually coming out of the barrel would be good but it could create other problems such as getting shot in the head while you think you're behind cover in your FPP camera but the top of your player model is picking out of cover.

Every game suffers from this, most notably for me, siege... rappeling outside windows was stupid because you'd get headshot before even seening anyone's toes.

I think it would bother people more if they were getting headshot when they thought they were in cover than if the occasional bot was shooting out of its eyes.

I think bots should obey the bullets coming out of the barrel while players should retain the current behavior for gameplay's sake.

However, if a compromise like that can't be made I'd rather see it be more realistic and have bullets come out of the barrel.

Making bullets not go where you're aiming them would be unintuitive and would make using cover a chore. A much better fix would be to move the camera down so that your point of aim doesn't align with your eyes in third person. You could only do this a little, however, because then you start getting shot when it looks like your head is covered and that's no fun. Making wallbangs more reliable would mitigate this issue.

Making bullets not go where you're aiming them would be unintuitive and would make using cover a chore.

Oh so like in real life? Because last I checked you couldn’t fire at people with just your forehead exposed. Games that have bullets coming from the barrel of your gun do not have the issues you described.

@tooth-decay This isn't real life, it's a game. Even in milsims (which this game is not supposed to be), concessions need to be made for the sake of gameplay. I'd rather occasionally run into people with only their head exposed than end up shooting my cover when I'm aiming over it.

@cyoce This isn’t even so much a matter of realism as it is gameplay enjoyment. Most people can easily agree that shooting at people with just your forehead exposed while your gun points into a wall is dumb. Your issue is a relatively easy fix. Either NWI can make first and third person animations match better, or do what RS2 did, and make a little symbol appear when your gun is pointing at your cover.

@tooth-decay The problem is you sometimes won't be able to shoot someone that you have LOS to (and consequently, they have LOS to you). This makes cover a detriment in certain situations, discouraging the use of cover in favor of fighting in the open to ensure your gun works properly.

To my opinion all FPS Games ( including Sandstorm ) should be realistic concerning aiming, cover and barrel related things.
Projectiles should ALWAYS come out of the weapon barrel and not out of the eyes or used optics ( line of sight ) !

Just seing the forehead of a bot or enemy player behind a cover shouldn´t end up getting shot by him.
The weapon should be visible too as rifles, mashine guns and submashine guns are NOT tiny little things which cannot be detected.
If someone is aiming at you there must be a visible threat : 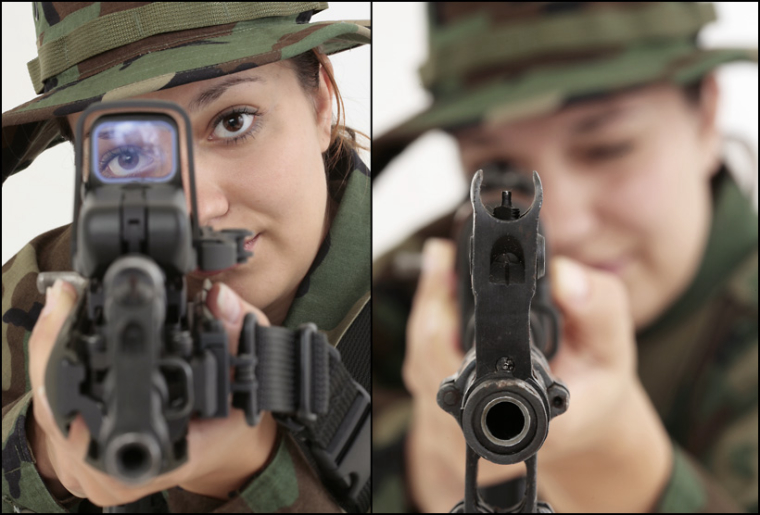 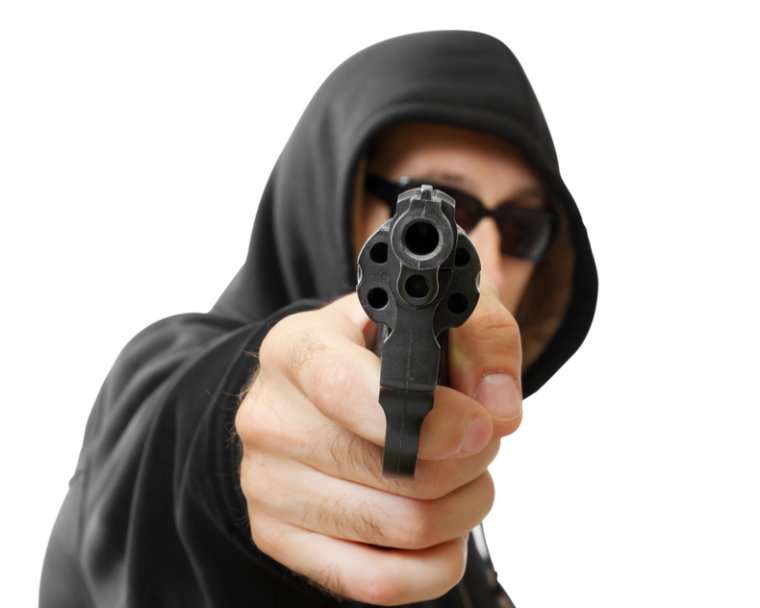 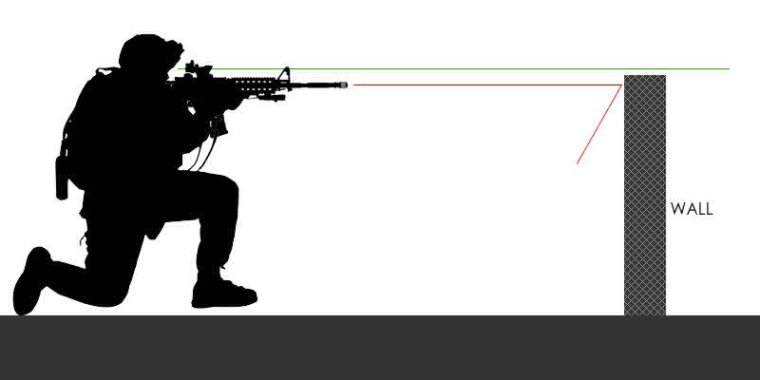 The only exceptions where the weapon is not recognizable are snipers with their rifles covered with a ghillie : 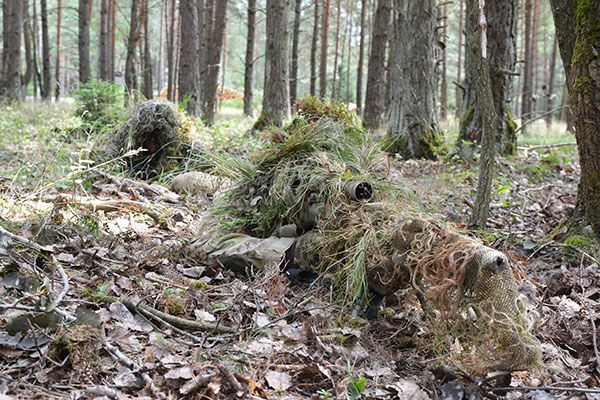 I'm still only seeing the shooting out of the forehead thing in coop though.

I'd love to see this modeled realistically, but I'm used to taking this sort of thing into consideration. The tricky thing is if implemented would the projectile jump up to line of aim within a relatively short distance? Or we would need a more sophisticated ballistics system to account for narrowing point of impact below point of aim and two zero crossing points. That maybe gets beyond the scope of what needs to be modeled in the game. I don't know how that can mesh up well with the "hybrid" ballistics system Sandstorm uses.

Another tricky thing, in real life it's a relatively simple thing to make a crouch just a few inches higher to get over an obstacle (oh but it can make those leg muscles burn!). In a game with essentially 3 fixed stance heights, it could make trying to shoot over low cover more of an issue than it would be in real life - if you're just a little bit off your only choice is to stand? That's silly. Still, in real life in a stressful situation it's not uncommon to plow a bullet into cover right in front of you. People are generally taught to favor shooting out of cover from a side rather than over the top; you expose less of your body, it's faster to roll out, and you eliminate height-over-bore issues.

I've done CQB with a P-90 before. Railed receiver with an Aimpoint mounted is about 4" over bore axis. FTS.

@thehappybub I have seen this a bunch in pvp I only play pvp and I made a post a while back about people shooting bullets out of their eyes because it happened a bunch of times in one match but it happens from time to time. This one guy was using this to his advantage behind a truck where you could only see what looked like maybe 2-3 inches of the tip of his hat and he was killing a lot of people like this. Eventually myself or someone would catch that little bit of hat showing with a bullet and kill him but he would make it right back to the spot and go on a terror again lol. I got very frustrated and made a post stating this needs to be fixed but ya it is what it is would be nice but not the end of the world..