November 14th Update - Performance Greatly Decreased
This topic has been deleted. Only users with topic management privileges can see it.
I
I
Insaniac Reply Quote

This last patch has greatly decreased my performance

I havent had much or any major issues outside of the well known random stutter / frame issue early on but overall had been enjoying a solid 90-130 frames with drops down to the 50s at times for poor map optimization or scoping in very early on but that has generally been improved upon patch over patch until yesterdays update.

Before the big patch in early November i had made some changes to my .ini settings that were going around some steam performance threads but deleted my .ini before the Nov 14th patch to reset my settings and try them out via the menu since the update and the game was running fine under these current settings.

Now today im sitting at 65-100 frames with a lot of stutter and what i would consider screen timeout or a long freeze / pause. Im on the latest Nvidia drivers. My system spec and settings are below. Would welcome any input on some optimal settings i should make to favor FPS and fluid performance. As it is i have a 1440p monitor but downgraded the in game resolution in favor of performance / frames. Cheers for any help. 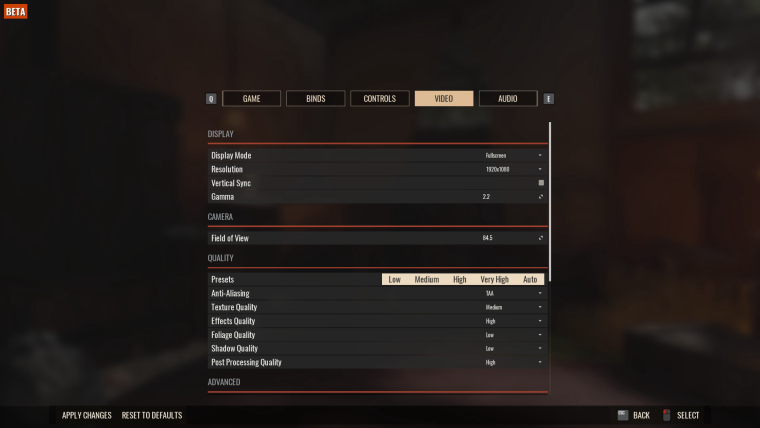 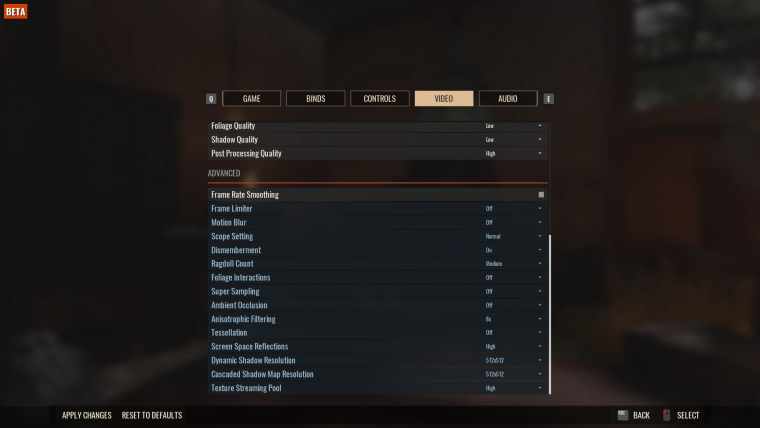 Yeah, complaints everywhere on my server now. Stutters & runs like crap since the update.
Never had any problems for the last couple of updates but gone backwards this time around
Looks like it might be time for a break til the next update

Interesting. Havent seen as much posts about negative performance since yesterday so wonder what caused it my end. Hopefully some GTX 1070 users or people with similar setup can recommend a good config / settings to go with for some more stable frames.

My stuttering issues were almost suppressed with last patch.
I still experience some, particularly when picking up stuff on the ground/interacting with objects in general, on spawn waves, when an objective is taken... Sometimes for no particular reason, but it's way better than before.

Everything else is set to the lowest setting possible. I'm using 75% of my graphics card (without vsync it's 90-99%) but still have stuttering from time to time. Nothing that makes the game unplayable, as said previously.

I guess you're unlucky, OP. I hope it will be fixed for you.

I know this is a weird workaround, but i still think it looks really good. Try clicking the "Low" preset button, then change Super Sampling to 2x. That's it. Try it and tell me what you think. Unfortunately we're in different situations. I've had the best gameplay on this nov 14th patch than i've since the alpha. it's butter smooth for me for the first time. And i'd say my rig is fairly indicative of a standard high-end gaming computer.

You may want to delete the .ini files, too. Some parameters tend to stay activated even though they do not work anymore because of updates, from what I've understood watching the live Q&A today.

@grumf Do you know what other .ini files i would have to delete. I know i did the Gameuser one or something like that.

@lordsiggi Thanks ill check this out. Im going to go back a to an older NVIDIA 391.01 drivers that someone reccomended and then try this trick. Will report back thanks.

@insaniac No, sorry... I have no idea where those files are and which exactly you have to delete. I tried exploring "sandstorm" folder in steam > steamapps > common > sandstorm but have not found anything interesting yet...

I have a gtx 1070 and didn't notice any performance issues in the new patch, for what it's worth.

@lordsiggi So i did that and wow there is definitely a good difference and you are right it doesnt look too bad. Only major difference iv noticed is that some assets take longer to load at teh start of a map.

But ye iv seen a good increase in FPS and its stabling now at around 85-110 and much smoother with little issues. Shame to resort to that but ill take it for now until release comes around

@amurka Thanks for letting me know. What is your CPU model? Also if you dont mind would you share your in game settings or whatever configs you have and what frames you are roughly getting? Thanks

@Insaniac if you turn the very very bottom option. the pool streaming, on high, you wont get those lagging textures. Glad the workaround helped!

I have my texture pool size on high and it still takes me a whole second or more for textures to load in, and I have 16gb of ram...