Multiple (Cosmetic) Issues
This topic has been deleted. Only users with topic management privileges can see it.

Hello dear Insurgency community!
Up until today I have collected some bugs, whit screenshots to present.

Firstly, an already know bug, but yet not acknowledged:
On the 6 of September an update removed the brown cargo pants. Players who already purchased them lost in this act ~300 currency. While without pants in the menu the character equipped the standard pants ingame. And no pressing "Random" does not fix this, because the item is gone. 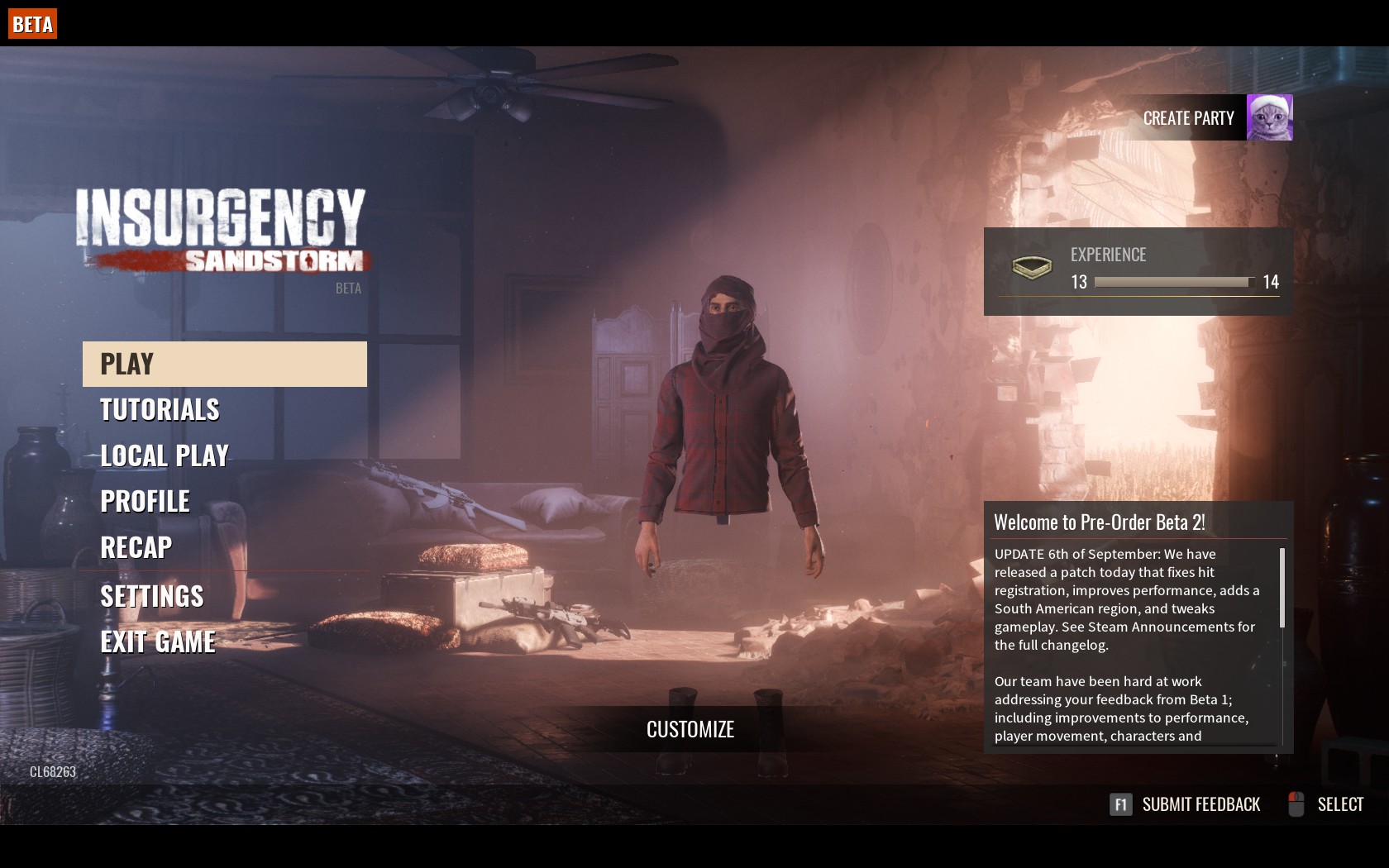 Secondly, a bug most people should have encounter:
As far as I believe this might happen when your game loads in to fast, resulting you character in missing clothing for a short time.
This not only occurs on the gear select, but more importantly ingame, where you are missing hands, arms, or even parts of your gun.

And lastly a cosmetic related bug again:
I was looking for head cosmetics on my security, but when switching to my insurgent the item I recently admired was an option.
Take a look at the side, I was in the Eyewear tab and did not select a sub-category, even though this item is clearly a headpiece. So I went ahead and bought it to try.
Similarly to the cargo pants bug you see it on your menu and gear select, but ingame you were the standard white cloth. I now own the patrol cap for security but can easily redo the bug.
Also, after a game your profile picture gets white.

Oh and by the way, here you can see the face of the Insurgents

P.S.:
Because of the cosmetic issues I think it might be a good idea to reset all bought items when the full release comes. A possibility to “reward” betas could be that they keep their level and based on their level they receive the equivalent of money (100 per level).

Thank you for reading!

Hi, devs have mentioned in a weekly q & a video on youtube that all the cosmetic points will be reset upon release. They mentioned a tattoo reward or similar for beta players.

Hi, devs have mentioned in a weekly q & a video on youtube that all the cosmetic points will be reset upon release. They mentioned a tattoo reward or similar for beta players.

Okay, yes that sounds nice, thank you for the information!