Should add more female characters(not a feminist)
This topic has been deleted. Only users with topic management privileges can see it.
R
R
Resolama1 Reply Quote

Since females are already in the game and it's a fictional setting, I think it'd be pretty cool to play as female characters with more western accents and more variety than just 3. It'd also be cool if there were insurgent females and more insurgent races. I'm not doing this to be pc or anything, but rather because I feel if there's a customization system in the game, why not add a few things like these amiriggght?(don't stone me please)

Update: I know there's bugs in-game I was just throwing this out there for the future. As we can see the game is already getting fixed mechanic-wise so in the process maybe we can kill two birds with one stone.

More options character customization-wise, always add welcome depth and motivations to keep playing in my opinon. However, as much as I agree for more variety in the character models - there are other issues that need more immediate attention in my opinon. I'd be happy to see this as a long-term pre, or even post-release goal though.

@resolama1 Do you know the drama that would ensue if they added female insurgents?

The game is already being overshadowed by the debate over whether there should be female characters in the first place. Let's not add fuel to the fire.

I'm going to have to give your idea a thumbs down. I'm sorry, I have to do it. I guess it can be debated if you're really serious.

why do people care so much, it's a "fictional" game. BF WW2 was different because it was trying to be WWII but had woman fighting.

Well here's how I see. If the developers don't add females, people will be upset. If the developers do add females, people will be upset. I personally feel it's impossible too please everybody. Now as a gamer, does it bother me if there is / isn't females in game? No, it doesn't bother me. It doesn't affect me or my opinion on if the game is fun or not. The game hasn't professed to be a "historically correct" or "100% realistic". So in my opinion, I feel the developers should have free rein on the choices they take.

Idk about the female insurgent its suppose to have realism right? Battlefield 5 got a lot of shit for it so.

I personally feel there should be at least a female option on the insurgents side. For variety and to give the option to those that want it at the least. Is it a pressing issue that needs to be sorted out ASAP? I don't think so. But considering how much of a focus the long-term player progression has on entirley cosmetic unlockables- which aside from perhaps...camo...have little to no gameplay advantage....It makes sense to provide as many possible options to incentivize as many potential players out there. The arguments against it from a "realism" standpoint, are shakey at best given the games focus as a round-based, squad-centric game first, and a "realistic depiction" of modern combat second. I personally haven't seen or heard any criticism or 'drama' about the games current female playermodels, beyond this forum and if the past entries in the series are anything to go by - modders and sever admins will have plenty of options to tailor the game for their specific vision of what it should be.

To that end I think the base game having:

Would be a solid foundation for others to build off of or narrow down as they see fit - with mods and server plugins down the line. And would be the most bipartisan approach to an otherwise highly debatable issue.

Absolutely no female insurgents. That's kinda part of the reason we're fighting them in the first place? They literally use women as sex slaves.

DEFINITELY more options for females on the security force. The first female graduated ranger school maybe a month ago. It's only fitting. Why are there women local security and not female american security forces? I'm PRETTY sure the middle east isn't MORE progressive than us when it comes to allowing women in the military. What's that about?

This is so not needed. The focus of development should be on improving performance and gameplay.

There are females that play this game. They should be able to have female characters to play in game on either side.

@trashbandicoot said in Should add more female characters(not a feminist):

Absolutely no female insurgents. That's kinda part of the reason we're fighting them in the first place? They literally use women as sex slaves.

I'm PRETTY sure the middle east isn't MORE progressive than us when it comes to allowing women in the military. What's that about?

It certainly isn't that simple. Multiple middle-eastern countries have elected female heads of state - but here in the US?

Meanwhile in Syria, generally considered to be one of the worst countries in the world for female equality: 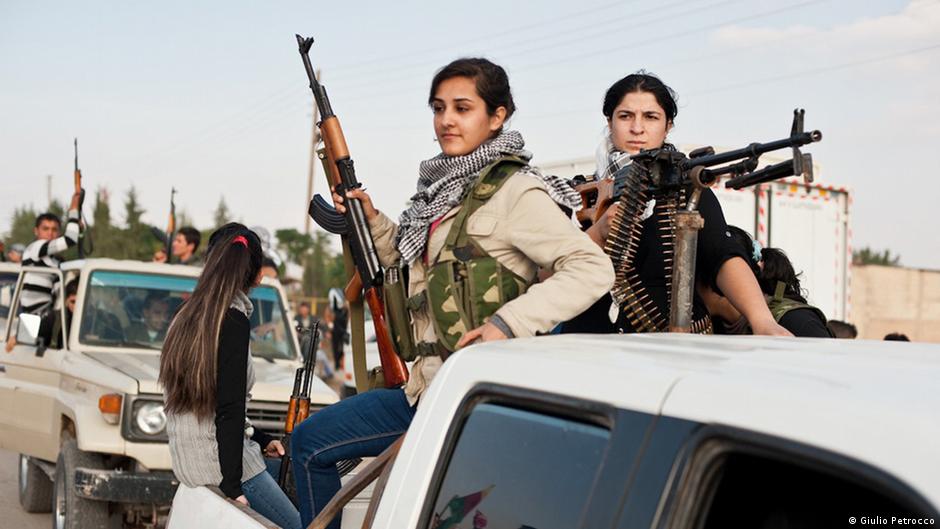 @maa_bunny Hi my name is Tooth Decay and I believe I speak on behalf of most of this community when I say please stop posting on this forum unless it’s actually useful.

@maa_bunny But no, instead you choose to argue support it with a propaganda picture while I’m typing.

why are you being so god damn angry about it. It's a player model. The Dev's explicitly said that this game is "fictional" and does NOT represent US vs Syria or what ever. are you seriously going to up and leave if the Dev's decision is to add more females. The whole thread is sounding sexist af, are girls not allowed to shoot guns too?

Also just saying, in the picture above why is she wearing brand new tight jeans if she's in the back of a Hilux with a PKM fighting a war?

@zucchini This game is supposed to be very believable. Having a bunch of women on both sides is an easy way to kill that immersion, as it just not something you would at all expect from a modern day conflict

last edited by
B
B
Blue Ghost Reply Quote

Something tells me they plan to. All shooters I've ever played have female characters, including my all time favorite, Joint Operations--both Typhoon Rising and Escalation.

JO was also ahead of the curve by having a variety of ethnicities, as opposed to CS which was all white at the time.

And I get not wanting to be PC, we just want variety that reflects people all over the world.

@Zucchini just chillax bah. Please don't just call out 'sexist' for the sake of it. Stop formulating straw-man arguments in-tangent with generic blanket terms like 'girls' in an attempt to back up your 'sexist' claim. Stop assuming what we are saying. 'Girls' can shoot guns and everyone is okay with them doing such. 'Girls' already shoot guns in the game. 'Girls' already shoot guns in real life, like in the army and female civilians that own firearms. Sure they can add more female models later, but the game is still in beta, so content should be locked. We wouldn't be here if we weren't fine with 'girls' shooting guns because they are already in the game. There are other things more important to work on.

@jarple said in Should add more female characters(not a feminist):
Sure they can add more female models later, but the game is still in beta, so content should be locked. We wouldn't be here if we weren't fine with 'girls' shooting guns because they are already in the game. There are other things more important to work on.

Ohh now I get what your saying, yeah definitely they should be focusing on more important things. later game I don't see why not though...