Data Deleted
This topic has been deleted. Only users with topic management privileges can see it.
T
T
TardyTaz Reply Quote

While I'm a huge fan of the game, I've ran into a major frustration. I have 61 hours logged and I'm now level 40. I've been utilizing the character customization allot throughout my time playing, as I really enjoy having a unique, identifiable character that my friends can easily spot when we're teamed up. I was extremely irritated when I logged on the other day to find the default character. At first I though it was no big deal, and that I would just have to re-equip my items. After some searching, I realized that a vast majority of my cosmetics were missing, although I still had a few odd ball items that stuck. I'm now even more irritated to find that I must now redo all of my loadouts, as the save for those have been wiped as well, and I've also had to redo all of my custom keybinds. I tried getting in touch with people on Discord and they pointed me here. Below I will have before and after pictures of my character and a list of all of the items I have lost (just the ones I know of). Best case scenario, I'm hoping my account and all of it's items and data can be restored, if not I'd at least hope for compensation in cosmetic points. This is an extremely irritable bug and I really hope it can get fixed, as character customization is currently the only "progression" we have to go off of. Thank you for your consideration. 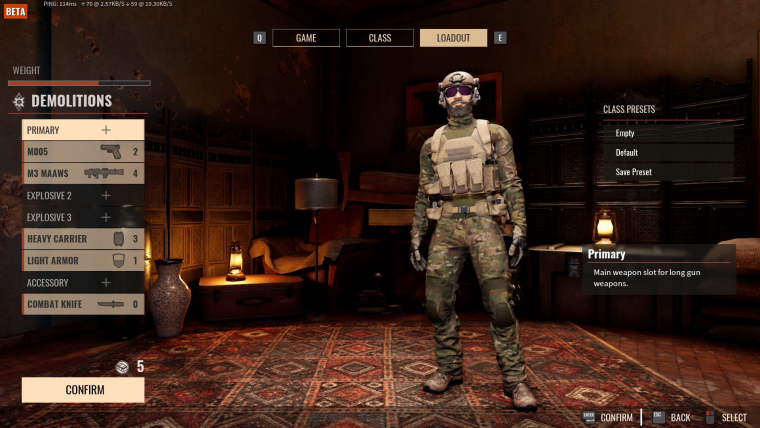 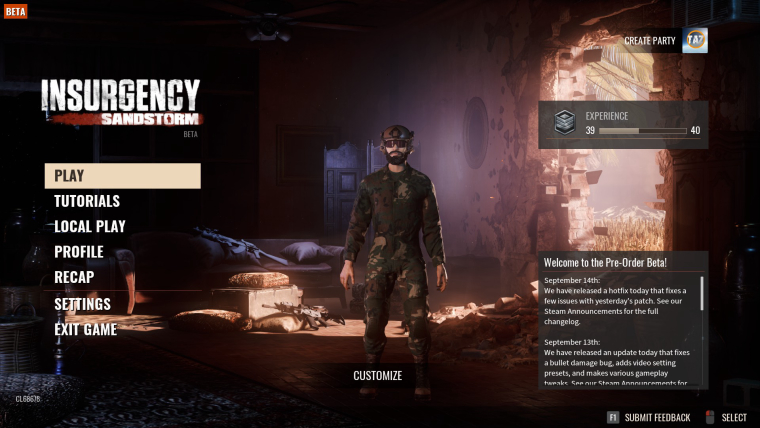 Sadly I do not have screenshots of my Insurgent character but I know he's missing a Flannel Rolled Indigo shirt, either sand or tan cargo pants (I don't remember which), sand or tan boots, and a loosefit white and black shemagh. And again, I've also lost many more items that I've randomly acquired from leveling, although I couldn't say what all of that is missing.
All in all though, this is dozens of hours, levels, and points gone to waste, and that's not even counting loadouts and keybinds.

I'm going to pass this along to the team, it's very obviously an issue. Thanks for flagging it here, i'll let you know when I have a response.

You didn't happen to verify your files at any point recently, did you?

Just to set expectations: all your cosmetics, unlocks, and experience is going to be reset in December with launch and the end of beta, so don't get too attached to your customizations.

Sorry I'm just getting back to this, I'm just now getting back into the game with the new patches and upcoming launch. But I don't believe I've ever verified the files.