Devblog #2 - Lore and Story
This topic has been deleted. Only users with topic management privileges can see it.

Welcome back to our devblog for Battlefleet Gothic: Armada 2! This week we will introduce you to the game’s backstory and explain what to expect from the three faction campaigns.

Working as tutorial as well as introduction, the prologue to Battlefleet Gothic: Armada 2 kicks off during the Gathering Storm storyline of the Warhammer 40,000 universe. The great fortress world Cadia is under siege from Abaddon the Despoiler’s 13th Black Crusade: the Imperium buckles under the largest invasion it has ever seen as fleet after fleet of Chaos ships filled with foul daemons and irredeemable renegades flood from the Eye of Terror in search of death and destruction. 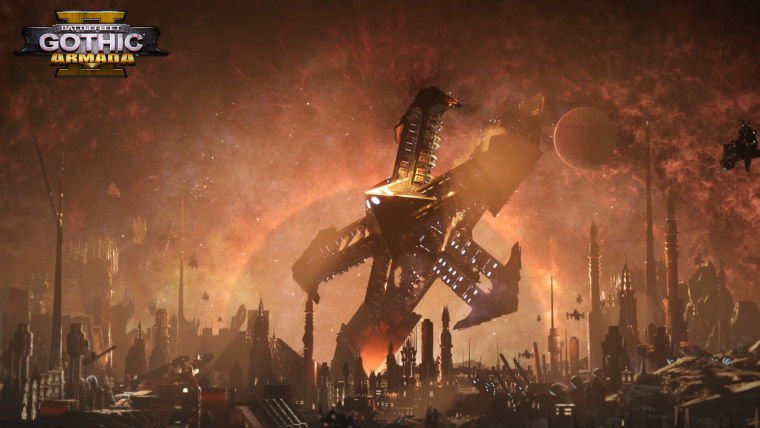 As the Imperium barely holds Cadia, it also finds a way to close the Eye of Terror, home of the largest concentration of Chaos forces. Abaddon, furious at this defiance, launches the Blackstone Fortress in a collision course with Cadia’s surface, piercing the planetary shields and tectonically destabilising the planet. Cadia falls despite the combined efforts of the Adeptus Mechanicus, Space Marines, and Imperial Navy, even with the help of some Necron allies. This is a tremendous blow from Abaddon’s forces.

The story can go in three very different directions from here, depending on your choice of campaign.

For the Imperium, Admiral Spire returns from the Warp, translating back into real space hundreds of years after the Gothic War to discover his efforts to protect the Imperium were almost in vain. Arriving after the Battle of Cadia, his desire for retaliation is immense and he is ordered to take back control of the highly symbolic ruins of Cadia. Taking command of the Imperial Navy, Adeptus Mechanicus, and Space Marine forces, this campaign follows Spire as he safeguards the galaxy against Chaos and all lurking xeno races of the 41st Millenium. 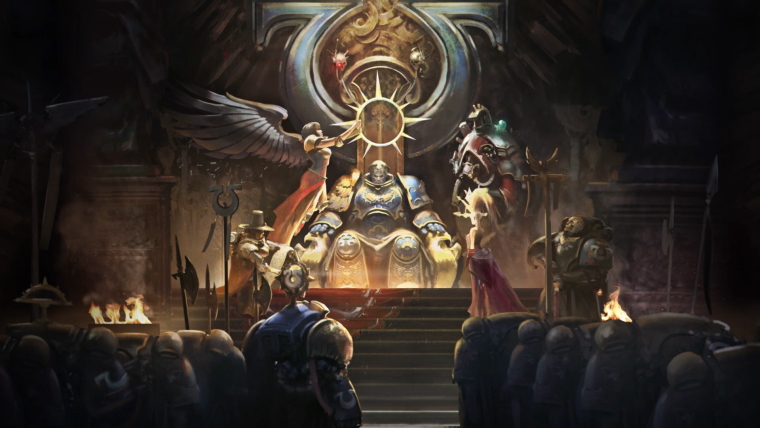 In the Necron campaign, you play as Amarkun the Gatherer, right-hand of Kephrekh the Unbroken, one of the dynastic lords of the Necrons. You begin by awakening the great tomb planets of the Sentinel Worlds sector, but are quickly embroiled in wars against other races. With the 13th Black Crusade raging each Necron dynasty has its own schemes and you will discover how Trazyn the Infinite has his own suggestions for how Amarkun should assist Kephrekh.

Finally, as the Tyranids, the Great Devourer continues to hunger and finds its way to the Aegis Ocularis. All narrative elements come from how the other races respond to the ever-spreading Tyranid fleet and its never-satiated jaws. Devour every one of them until all of the galaxy is consumed, and help them to find a peaceful end in the belly of the Beast.

Hopefully that gives you a small taste of what to expect from our take on the future of the galaxy in Battlefleet Gothic: Armada 2. Which side will you bring to glory, and who are you most looking forward to ruining? Next time, we’ll go in-depth on how a game of Armada 2 is played.

Battlefleet Gothic: Armada 2 releases on Steam in January 2019. You can already pre-order for Beta Access before the release of the game, and a 10% discount!

Nice to read! Looking forward to collecting my enemies as Necron.

LET US ALL GIVE PRAISE TO OUR NEW OVERLORD

May his reanimation be swift and his vengence upon the living great!

Thank you for posting!
Loving the new lore, hopefully there will be a 'collection' tab that we can show off and compare with our fellow overlords

enjoyed the story telling of the prologue, kind of hope it continues on in the other campaigns.