More features for Recap
This topic has been deleted. Only users with topic management privileges can see it.

Currently, this image is what the Recap spectator looks like. Is this the final product? I hope not, there needs to be things added to it to make it a better tool for replays and recording your gameplay. 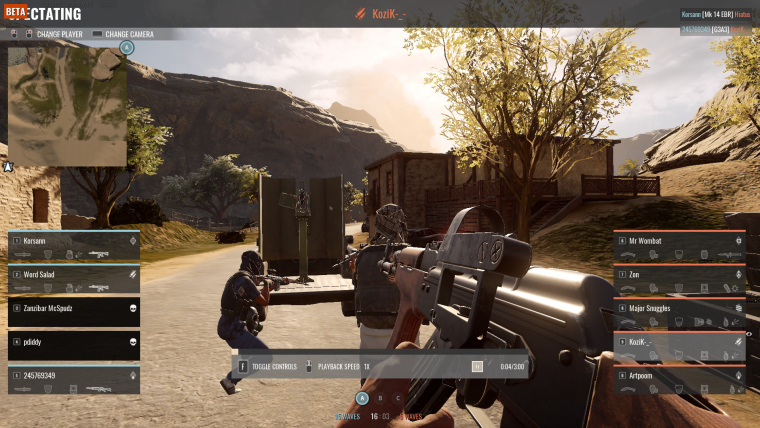 Minimap, killfeed. The 5 names on the side (is this for 5v5 competitive?), the above banner saying your spectating.

This would be something like this image, you move your cursor over the timeline and it will show a box with a small image of what is at that specific point in the video, along with the time above. 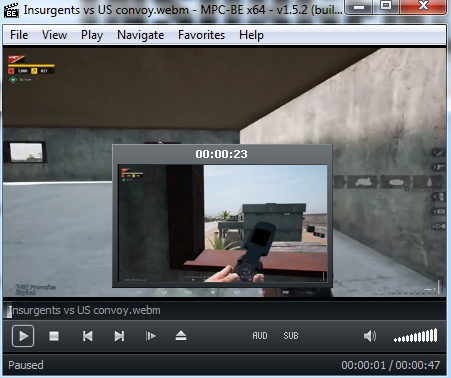 Feel free to post any other things you want added to the Recap feature so it can be improved upon by release on the 18th.

I think the UI in Sandstorm in general needs a lot of work, a lot of misalignment, bad information hierarchy, you know all the stuff you learn in design education.

Always a fun idea is linking your steam avatar into the game itself, giving people another way of identifying players. I feel there needs to be a way to tell viewers who is who on the screen at the time, who is in front of the player in the first pic, for example?

I like how the knife and the gas mask, an entirely useless point of information to convey to a viewer, is taking up so much space that you cannot see the insurgents weapons in the loadout card, that's probably the most criminal thing on this picture to me, it's also misaligned vertically too, but hey.

I also think that the killfeed in the top should show an icon of the weapon instead of the name, especially if it's being shown as an icon in the player cards. The general shape of most weapons is a viable indicator not only to people who play, but people viewing from outside the community. Someone might not know the difference between an L85 and the L91 or whatever the pistol is, but they'll know the outline of a rifle vs a sidearm.