Focus Home Gamescom 2018 line-up!
This topic has been deleted. Only users with topic management privileges can see it. 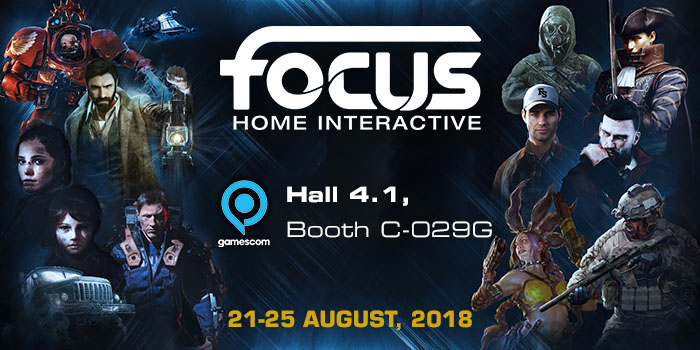 We're excited to announce our Gamescom 2018 lineup! Between hands-on gameplay, closed-door demos and exclusive interviews, there’s lots to look forward to for press and players alike.

To prepare for the big week of Gamescom, here’s the full list of what will be showcased August 21st to August 25th - expect tons of previews and info about these games!

At the Focus Home Business Booth (Hall 4.1, Booth C-029G), journalists will have the opportunity to explore some of the most hotly-anticipated games through exclusive presentations, interviews and hands-on sessions:

Players will also have the opportunity to get their hands on two of this year’s biggest releases:

More information about the games featured on the Focus Home Interactive booth will be available on the Gamescom 2018 official website.